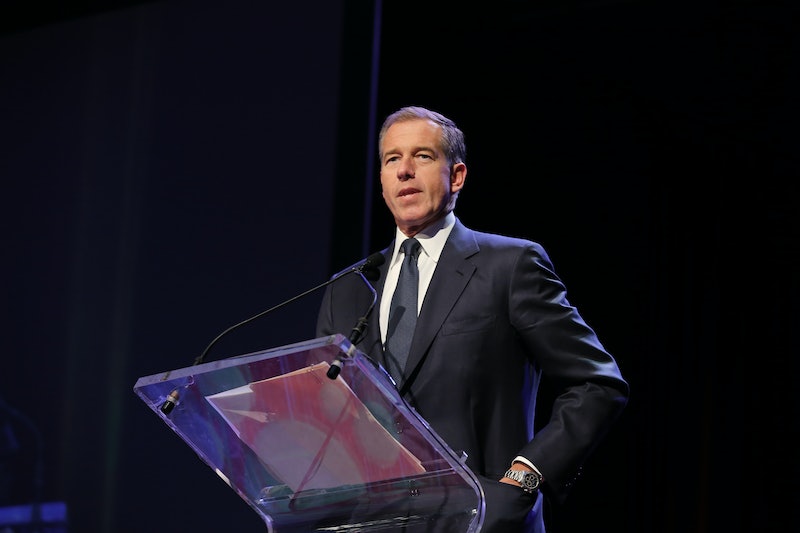 After NBC anchor Brian Williams admitted on Wednesday night that he had lied about being shot down by RPG fire while riding in an Army Chinook helicopter during the Iraq War, it took only a few hours before the internet had latched on to the story and started creating hilarious memes to mock the prominent journalist's error in judgment. Despite Williams' well-rehearsed, blanket apology for the "bungled attempt", Twitter and Instagram began blowing up with merciless jabs at the disgraced Williams under the hashtag #BrianWilliamsMisremembers and #BrianWilliamsWarStories.

Williams' glaring mistake has since prompted questions about the anchor's future at NBC, with some citing the incident as an "unmitigated disaster" for the network. Doubts about Williams' credibility and past coverage have also elicited backlash against prior statements he made regarding the credibility of bloggers during a 2007 lecture at New York University's school of journalism. In his comments to the student assembly, Williams pitted traditional news journalists (including himself) against non-credentialed, unqualified bloggers:

You’re going to be up against people who have an opinion, a modem, and a bathrobe. All of my life, developing credentials to cover my field of work, and now I’m up against a guy named Vinny in an efficiency apartment in the Bronx who hasn't left the efficiency apartment in two years.... On the Internet, no one knows if you’ve been to Ramadi or you’ve just been to Brooklyn and have an opinion about Ramadi.

It's an unfortunate case of schadenfreude for the once acclaimed news anchor — and the internet is having a field day, dropping photoshopped images of Williams' face into classic paintings, photos of sports events, and everything in between and attributing sadly hilarious "quotes" to him as well. Here are a few of our favorites:

Williams' lie about the infamous Chinook incident may not have been his last. After the anchor stated that he had spent "two harrowing nights" in the Iraqi desert during his on-air apology, Lance Reynolds, one of the soldiers who had been part of the air convoy in question, commented on the Peabody Award-winning journalist's Facebook page, implying that Williams may have embellished the story yet again on Wednesday night and accusing him of leaving the soldiers in the middle of the desert to publish his report:

Reynolds has not yet responded to Bustle's request for a comment.