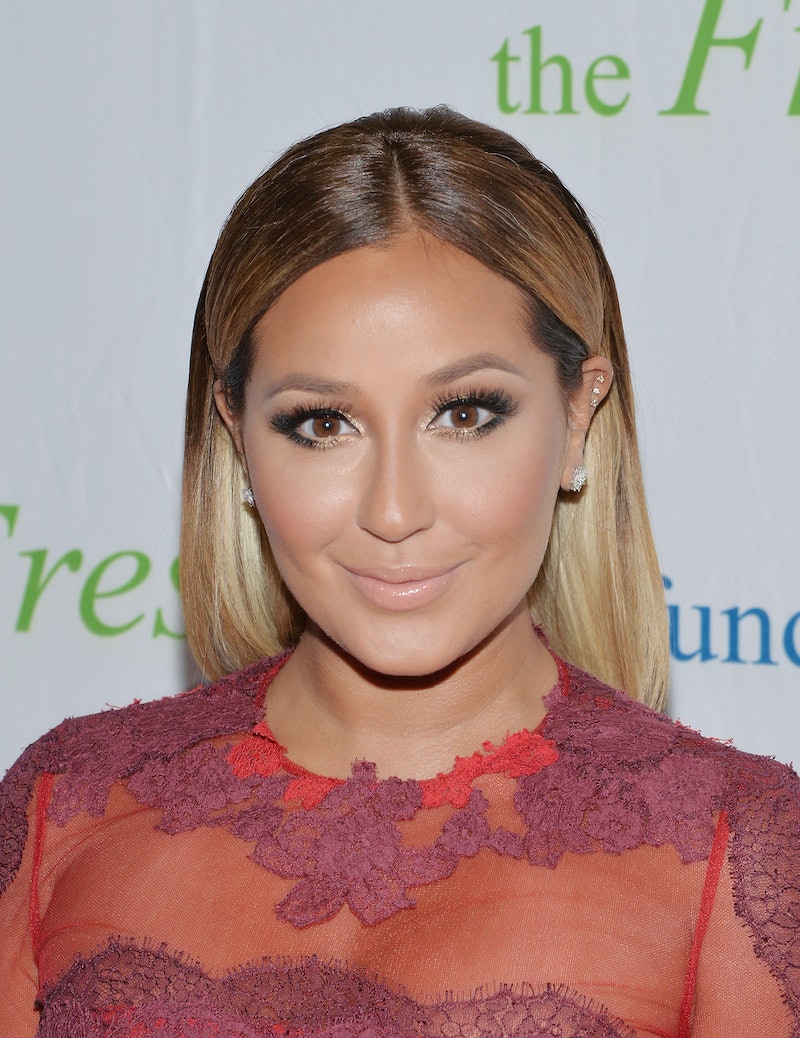 There's some happy news for one former Cheetah Girl: Adrienne Bailon is engaged to Lenny Santiago. And, she made the announcement in grand (not to mention, adorable) fashion on The Real.

Bailon and Santiago — who's an executive at Def Jam Records — have been private about their six-year relationship, a direct result of the fallout that came after Bailon's failed relationship with Rob Kardashian (some of which was filmed for Keeping Up the Kardashians). As Bailon told Latina Magazine:

[...] I wanted to let people know that we’re not a secret—we’re just private. Secret relationships are shady, and it’s never been that. Five years into our relationship, we’re no longer at the beginning—we’re established now. We’re in a great, strong place where any negativity cast our way won’t affect us. It was a big birthday for him—he turned 40—and I felt like, ‘I want people to know that I love you, and I think you’re freakin’ amazing.’

She also talked about her desire to "settle down:"

If by some miracle we started taping The Real in New York tomorrow, I’d marry him, like, right now. I want a family. I see my sister and she’s on her second baby, and I’m like, That’s success. Having a family — I can’t wait for that.'

So sweet! And totally in line with her surprise announcement, which will air during Monday's episode of The Real: During the filming, Bailon surprised her The Real co-hosts with the announcement (as well as the ring), and explained how the engagement went down. Get ready to aww more, too, because it's sort of adorable: Apparently, Santiago "convinced" Bailon not to stay in one night and to go out to dinner with him and her family. When they got to the restaurant, however, it was empty, and Santiago gave a sweet speech to Bailon's parents about how much he loves her before popping the question — with a box of carrots. When Bailon least expected it, however, Santiago presented the ring...and the rest is history.

Check out the video below. Congrats to the happy couple!