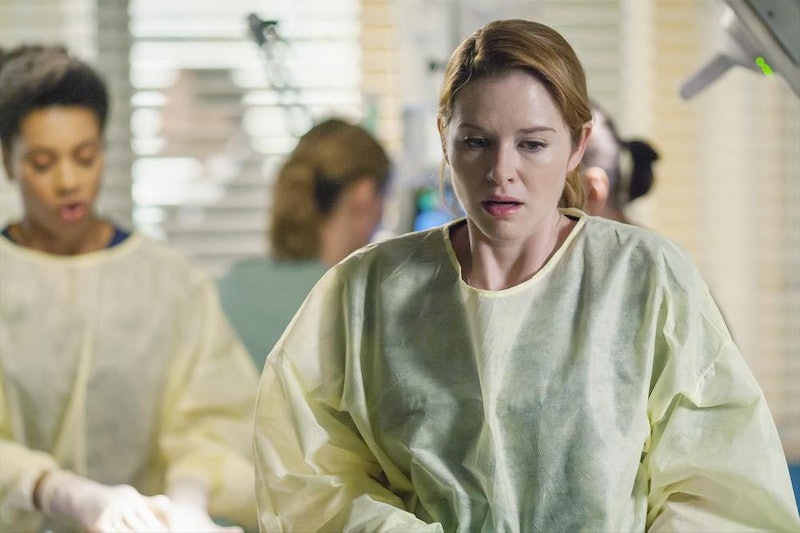 On Thursday's episode of Grey's Anatomy Jackson and April discussed terminating the baby, and their opposing views on the issue could threaten their marriage. The kind of stuff that Jackson and April are going through makes everyone else's problems pale in comparison. Ever since the couple learned that their unborn son could have a bone disease which could threaten his life, things have been very tense for the pair. On this week's episode they had a test done to determine the severity of the disease and for Jackson this was an important indicator of whether they should have the baby at all.

If the child has the type two version of the disease, he would likely die within days or weeks. If he has type three, his chances of living a normal life are vastly improved. Jackson told April that if the baby has type two, he thinks they should terminate the pregnancy. Of course, April feels the exact opposite because she's very religious. For her, she wants to have the baby no matter what the severity of the disease is.

"I don't care either way. I want to keep him," she told her husband firmly. April was insistent that because they're doctors they can handle the medical obstacles that having a brittle-boned child could bring. "I'm not saying we can't handle it," Jackson replied. "I'm asking why we should."

Ouch. The two have clashed over their differing beliefs before, but never on such an important level as this. Jackson might want to end the pregnancy, and for April that's an absolute non-starter. At the end of the episode, the diagnosis wasn't revealed, but viewers were lead to believe it was the worse of the two options when the head of fetal surgery was called in to talk to them, instead of just the fetal surgery fellow.

If it is type two, then Jackson is going to want to terminate rather than have a child whose quality of life is awful and who may not survive for more than a handful of days. April, on the other hand, is probably going to want to keep it no matter what because that's what she believes in.

There couldn't be anything worse for the two to argue about. It could be a deal breaker for their relationship if they can't move past this and decide together on what they want to do. But I'm holding out hope that they'll get through it.

Jackson loves April so much. He may not understand her ties to religion, but he's always respected them. And as much as he might think an abortion is the right choice, I don't believe he'd force his wife to endure something like that knowing how she feels. The promo for the next episode even shows Jackson entering a church. So perhaps he's trying to make a step towards understanding what his wife believes, or maybe he's even going to pray for a miracle.

I'm not sure if Jackson and April will have a healthy baby, but I'm pretty sure that no matter what happens, they'll always have each other.