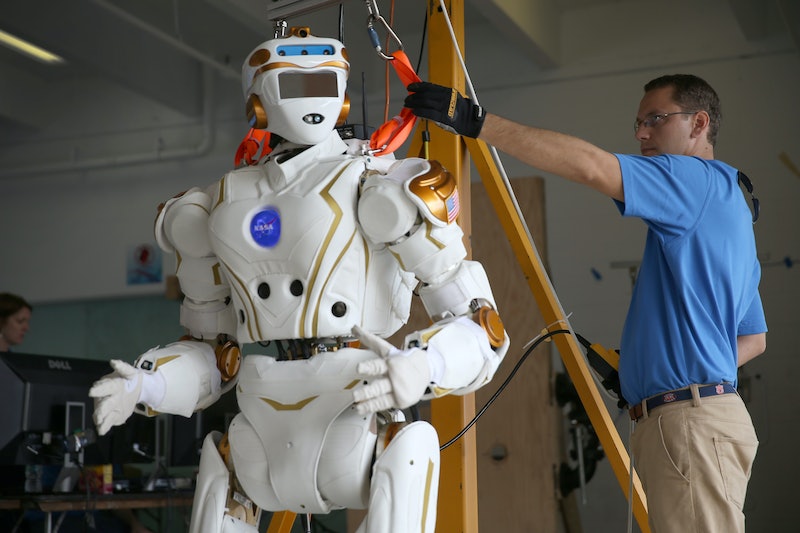 Coming soon to a hotel in Japan: a staff made up almost entirely of robots. According to an article in CNET, the Hen-na Hotel, scheduled to open in Nagasaki in July, aims to have more than 90 percent of the hotel's services provided by robots. The report speculates that replacing human employees with robot counterparts will keep labor costs low, resulting in lower room rates for customers. We've asked this question for a while, whether robots will take over our jobs once and for all. Many, many movies on robot takeovers have been made, most of which predict a grim outcome for humans. But with advances in technology and a new focus on driverless cars, is our robot future arriving sooner rather than later?

A Pew Foundation survey asked about 1,900 experts whether artificial intelligence, or robots, would displace more jobs than they create by the year 2025. Half said "yes," and half said "no." Ray Kurzweil of Google believes robots will be as intelligent as humans by 2029, according to The Guardian. But they still have significant hurdles to overcome before they take over entirely, experts say; for one thing, they're klutzy. According to The Guardian, humans still outperform robots when it comes to dexterity and balance, so building a robot to do basic household chores would make it prohibitively expensive.

They're also kinda lame. Humor and sarcasm are just two of the human attributes that computers and robots cannot compute, and The Guardian article reports there's no solution to this on the immediate horizon.

While it depends on the job, it looks like the biggest difference between humans and robots doing human tasks is a matter of quality versus quantity. Yes, robots can empty the dishwasher or open a car door, but not as gracefully as a human. Yes, robots can take information and put it into a coherent sequence resembling a news article, but without any nuance, humor, or literary references. But robots have already taken over some of the work that used to be done by Associated Press reporters, the news service said, leading to a big increase in the number of stories the AP can produce every quarter, according to The Huffington Post.

A Wired article examined how one system for robot-generated news stories used huge amounts of data, about sporting events, for instance, and boiled it down into passable news reports. But the writer posits that it's the spaces in between that data where a human eye is more valuable than a robot stenographer. The real story of a baseball game might not be the score and how many runs were scored in which inning (all important) but that a manager didn't take out his tired pitcher until it was too late.

There may come a time when the more mundane tasks can be done by robots. But just because they can master the "how" of a job doesn't mean they're going to be able to learn the "why." And it's likely something could get lost in the translation.