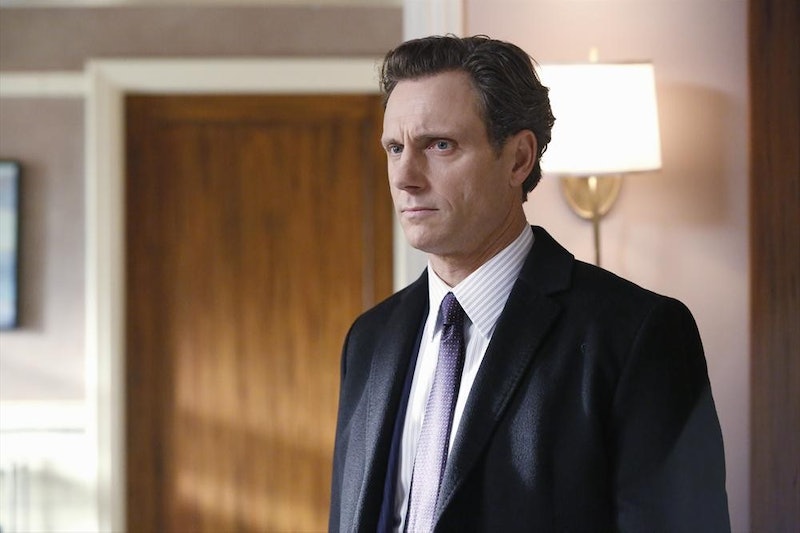 Let me start by saying that I love Olivia Pope, possibly even more than Fitz does. But even so, I will also state that Fitz was absolutely wrong to invade West Angola, even though doing so saved Olivia's life. And while I obviously do not want Olivia to die, the fact that Fitz, as the most powerful man on the face of the Earth, basically let himself get backed into a corner and caved to a bunch of hostage taking sleaze balls just cements himself in my estimation as one of Scandal's most useless characters.

First, the obvious: Fitz might be, as kidnapper "Ian" tells Olivia, "just a man," but he is also the President of the United States of America. He was elected to do what was best for the country. And he just caves? Instead of standing strong and maybe being remotely worthy of the office he was elected to, he lets himself be blackmailed into a foreign war. He sacrifices who knows how many lives by the time this is all over — including the lives of American soldiers whose commander in-chief he is, with all the serious responsibility that comes with that — for one person? Even if that person is Olivia, that is unacceptable.

Which brings us to perhaps the even more egregious point. Fitz is the commander-in-chief of the most powerful military force in the history of the world, person in charge of the most intrusive and overreaching spy organizations (both foreign and domestic) ever, owner a network of satellites that can look at every spot on Earth's surface. And he couldn't even try to make a play? He couldn't even try to get Cyrus on board until after the damage was already done. He didn't even come up with a way to contact Jake on his own.

Instead of Fitz trying to do anything at all, the fate of Olivia Pope has been left up to three ex-B6-13 agents working out of some high-priced DC office space, and freaking Andrew has an indefinite stranglehold on the Oval Office. And as far as I'm concerned, this is all Fitz's fault. If nothing else, it was Fitz's fault that we got stuck with Andrew to begin with. And now this power hungry psychopath is calling all the shots.

And instead of doing everything he can to be the sort of man who is worth all the things that people have done to put this supposedly remarkable man in office and control the situation by finding a third option, Fitz is just letting him.