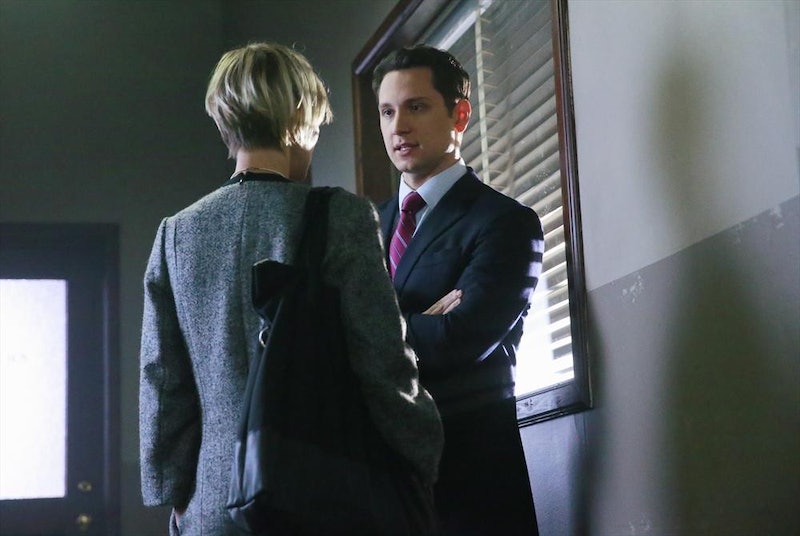 Darn. It looks like Asher and Bonnie aren't getting together on HTGAWM after all. The two characters had some quality time this week, but I'm not about to put these scenes in a video and set it to a Sara Bareilles song. After brushing him off last week, Asher threatened his boss with a sexual harassment suit if she tried to fire him from Annalise's team. That was not very romantic! I know Asher can be a jerk. I try not to think about it because he's otherwise hilarious and also fictional, so I don't have to deal with him in real life. Is there any hope for this couple? It was an odd pairing and not born in the best circumstances, but I'm intrigued by it. Paris Geller needs to have a victory every once in a while.

Then, in a Christmas flashback, Asher and Frank spent some bro time at a campus bar together. Frank called Asher out when he asked about Bonnie's family. Okay, even I can admit it. That part was kind of sweet. He does care about her. I had no idea.

Back in the present, Bonnie tried to set things straight with him. She laid down the law, no pun intended. Asher, again, was surprisingly real with her. He apologized for acting out and explained that it was because she had hurt his feelings by being mean for no reason while everyone else just made fun of him on the regular. It wasn't necessarily romantic, but at least they were honest with each other. Maybe they can have a fresh start, at the very least.

The real romantic heroes of this episode were Connor and Oliver, hands down. Honorable mention goes to Rebecca for taking care of Wes' nightmares. Happy Valentine's Day from How To Get Away With Murder, I guess?