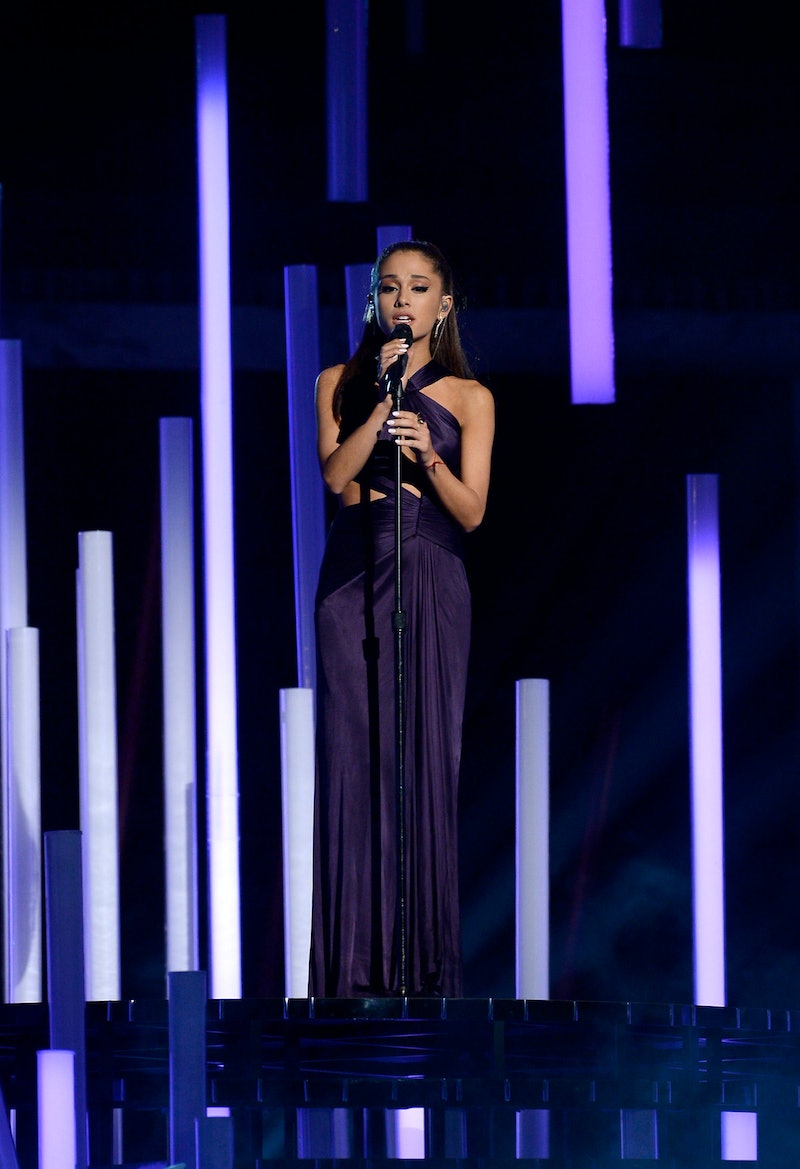 With four hit singles and that signature ponytail, Ariana Grande made 2014 her own. Now, how could the 21-year-old pop star possibly top that? By taking home some Grammy Awards on Sunday night, of course! For reference, Grande is nominated for Best Pop Vocal Album (My Everything) and for Best Pop Duo/Group Performance for smash hit single "Bang Bang" with Jessie J and Nicki Minaj. (Sadly, there isn't a category for Best Ponytail, but we know she'd get that one, hands down.)

It was also expected that Grande's powerful pipes would totally make her performance at the Grammy Awards a hit — and she did it with a very low energy, kind of slow performance.

Grande, who walked the red carpet with beau Big Sean, graced the Grammy stage with a piano- and violin-backed rendition of the song "Just a Little Bit of Your Heart," which was written by One Direction front-man Harry Styles. The pop star's amazing voice was in full display, but the performance lacked the energy of many of Grande's hits on the airwaves. There was no dancing, no strutting around the stage, and, really, not much going on. There was some pretty cool lights behind her and some smoke, but that was it.

Even in GIF form, the performance was totally lacking. Her ponytail looked as bored as the audience did.

Hopefully, things will pick up for Grande throughout the ceremony. She's nominated for those two trophies and totally excited about it. "Thankful to even be considered," she wrote on Instagram after the nominations were announced. "My heart is exploding, can't process it. This means the most. So honored." But will Grande and her ponytail take home the hardware tonight? We shall see.