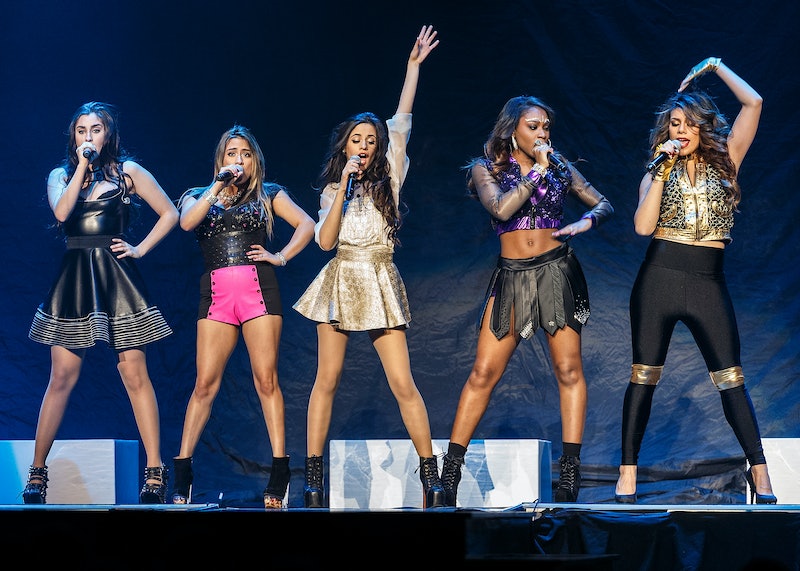 If you're not already listening to Fifth Harmony, then you really need to start listening to Fifth Harmony. The American girl group was formed and introduced to the world thanks to The X Factor (the same show that brought us One Direction, though it wasn't the exact same version of the show) and, since then, 5H's star power has been on the rise. From hit songs like "Like Mariah," which samples "Always Be My Baby" by Mariah Carey, to adorable stunts like doing their own version of Beyoncé's "7/11" music video, these women are not only strong in their own right but also go out of their way to praise strong women as their role models. So it comes as no surprise that practically every song off their debut album Reflection has feminist undertones to it.

To be honest, it was hard to narrow my list down to just 11, especially since the deluxe version Reflections actually has 14 songs on it all together. However, there are always going to be days on which you need some feminist inspiration to help you power walk through everything that life might throw at you, from badly behaving boyfriends to no coffee until noon, and that's what 5H provides in spades on their album. If you haven't gotten your hands on their album yet, these 11 lyrics will give you a taste of what to expect.

Reason: It's a woman's world, you guys, and we don't need money to have fun living in it.

2. "Working for the money 'cause that's what my momma taught me, so yo ass better show me some respect."

Reason: I can't tell what I'm more excited about. Independent women making their own bank and demanding the respect they deserve or the fact that she got this life lesson from her mother — thus independent women handing down lessons to future independent women. Either way, FEMINISM.

Reason: Next time you're feeling insecure, just remember that you can back up all of your own shine and that you walk behind no one. You are a confident powerhouse of a woman, and you can do anything. You are worth it.

4. "All the boys over there keep looking over here, but we don't care."

Reason: Contrary to popular belief, women do not go out to clubs to meet guys. Sometimes, you just want to dance with your girlfriends and do you and not have to worry about guys eyeing you up from across the bar.

5. "Ain't no use in wasting my time on just anybody, baby. I want exceptional, original, someone I can't deny."

6. "They don't make 'em quite like you. It ain't braggin' if you know it's true. Boy, I ain't talkin' about you. I'm talking to my own reflection."

Reason: Did 5H really write an entire love song that you can sing to yourself? Yes, yes they did. Is it amazing? YES, YES IT IS.

Reason: I don't know what I was expecting from a song called "Suga Mama," but it certainly wasn't an updated version of TLC's "Scrubs." (Well, that's how I chose to see it anyway. Either way, this song is too real to be denied.)

8. "All them other girls told me how you play your game. Yeah, we know all about you."

Reason: 5H is not pulling any "The Boy Is Mine" nonsense around here. Apparently, all the ladies this nameless guy has been cheating with and cheating on got together to talk and they are a united front calling him out on this crap. And that is amazing.

Reason: I have been waiting for every love song since the dawn of time to include this line and finally somebody has. YOU DON'T NEED A MAN.

10. "Ain't no one compare to it. You just gotta remind yourself that you're amazing, babe."

Reason: Whether you're singing this to your best friend, to your co-worker, or to yourself, there can be no doubt that your self-esteem is going to go way up if you keep this lyric in mind.