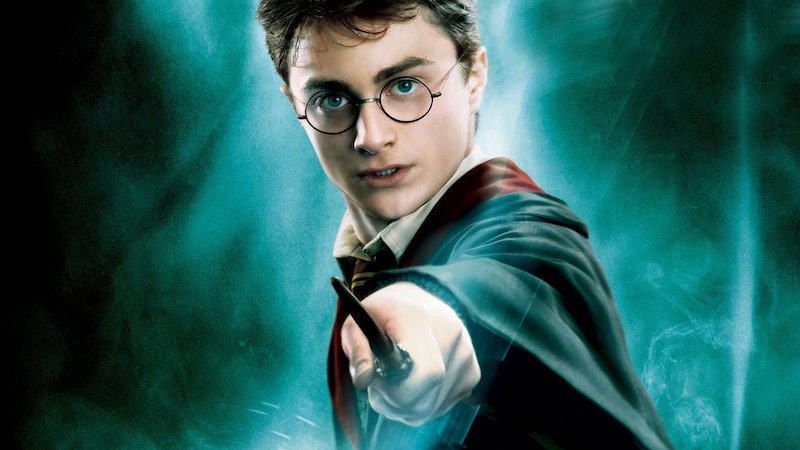 J.K. Rowling really knows how to work a social media account. She's never shied away from even the most rabid fans' (and as we well know, we can get pretty rabid) questions, comments, or concerns about her vast Harry Potter universe. And we fans know our stuff. But just try, because you'll never catch Rowling in a trap; she has her whole Potter world planned to perfection. (I mean, we saw the Harry Potter and the Order of the Phoenix outline.)

Presumably when everyone isn't busy on Pottermore, Tumblr is a hub for Harry Potter fan activity. Readers bounce troubling lingering questions off each other, hoping the massive fan community can connect the dots. But at least one question had readers stumped. So they turned to Rowling herself. The question?

How come when Harry gets bitten by the Basilik in Chamber of Secrets that doesn't destroy the Horcrux in him someone answer this???

Remember a Basilik is essentially the King of the Snakes and its extremely poisonous venom can kill a wizard in about a minute, after the wizard goes drowsy and loses his or her vision. Even more importantly: The venom can destroy a Horcrux. Harry was bitten by a Basilik as he charged his sword into the roof of the snake's mouth, killing it.

So yes, why wasn't the Horcrux inside him destroyed? According to the legend and theory Rowling creates, it seems like it would be. Enter: Rowling.

Boom. Rowling has thought of everything. Inspired by the author's response, more questions poured in from the Twitterverse.

And then, she was out.

Rowling isn't afraid of the questions because she knows she has all the answers. You are never going to find her in a mistake. But it sure is fun when we keep trying. Sigh, can't all authors be as awesome as Rowling?