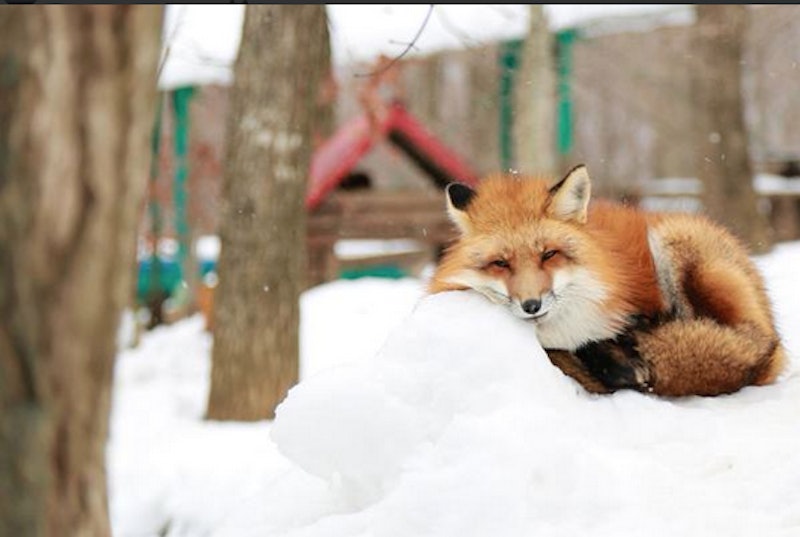 Confession: I am kind of obsessed with foxes. Like, I'm talking about a "the only piece of jewelry I wear is a ring shaped like a fox" kind of obsession. And it's not because they're cute—it's because they are basically unfazed by anything and we should all aspire to reach their level of badassery. In any case, I figure now is as good a time as any to announce that I am moving to this village entirely inhabited by foxes in Japan, and it was really nice knowing all of you, but not nice enough to pass this up. KBYE.

Aside from my own personal obsession, I can think of several very important reasons why you would want to go to Zao Fox Village, which costs a mere 85 cents for entry:

In Japan, foxes are also associated with trickery the way they are in the West (DEAL WITH IT, everyone else), but there they are also considered messengers of the Shinto deity Inari Okami, who brings prosperity and fertility. Just one more reason to visit this magical, fox-filled place:

And here is a video of the foxes in action with more "AWWWW" than you will be able to handle in one lifetime: