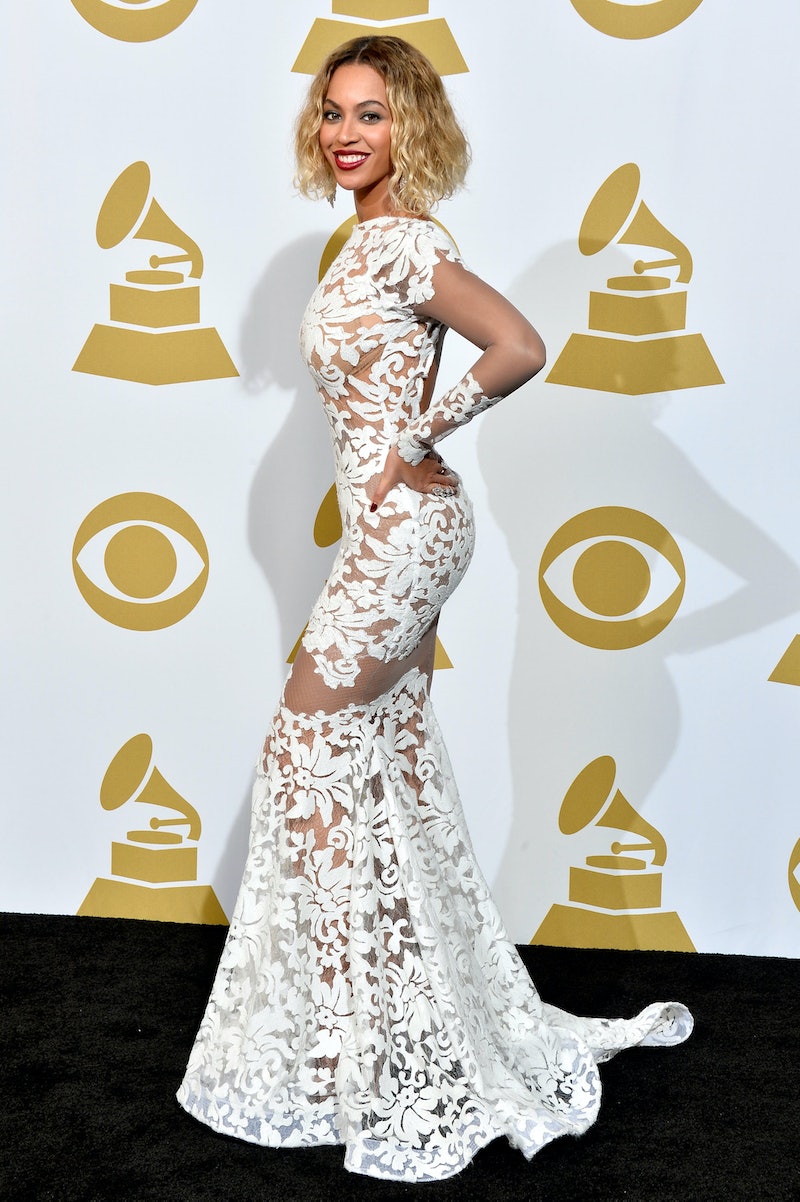 Get ready, music fans: The 57th Annual Grammy Awards will air live on CBS on Sunday, Feb. 8. Massive stars like Madonna, Beyoncé, Ed Sheeran, Rihanna, Katy Perry, Kanye West, and Sam Smith (among others) are set to perform during the telecast, so you definitely don’t want to miss it. With music's biggest night just around the corner, I found myself perusing a list of past Grammy winners online recently (like all music nerds tend to do from time to time... right?), and I was shocked to see just how many great, massively popular songs didn't win Record of the Year. They were nominated, sure, but they didn't actually take home the evening's top prize. It was kind of mind-blowing.

Of course, there can only be one winner among five or six nominees each year, so it's a given that a few deserving tracks are going to go home empty-handed. Still, revisiting some of the category's "losers" is bound to make you exclaim: "What? How did that song not win!?" more than once. Now, I'm not trying to take anything away from the songs and artists that did prevail (most of the time, anyway) — there are just some years that I wish the Recording Academy had awarded more than one winner.

Here are 19 songs that you won't believe didn't win a Grammy for Record of the Year:

Lost to: Phil Collins — "Another Day in Paradise"

Injustice Rating (on a scale of 1 to 10): 8. "Vision of Love" is such an incredible showcase of Carey's immense vocal talent. (After all, Record of the Year is a "performance" award...)

Injustice Rating: 2. Winehouse completely deserved to win — but I still weep for "Umbrella."

Injustice Rating: 1. "Use Somebody" is wonderful, but "You Belong With Me" is wonderful, too. I honestly don't know how I would've voted if I were an Academy member.

Injustice Rating: 7. I don't especially care for "Boulevard of Broken Dreams." "Gold Digger," on the other hand, is amazing.

Injustice Rating: 10. "We Belong Together" is the DEFINITION of "quiet storm." It's... everything.

Lost to: Adele — "Rolling in the Deep"

Injustice Rating: 4. Yes, "Rolling in the Deep" is a great song... but so is "Firework" (if you can get past that damn "plastic bag" line)!

Injustice Rating: 2. "Losing My Religion" is a rock classic, though.

Injustice Rating: 6. "Drops of Jupiter" is just so epic. How did it lose?

Injustice Rating: 7. "Kiss From a Rose" is cool and all, but THE VOCALS on "One Sweet Day," you guys! The vocals! They give me chills.

Injustice Rating: 9. Sure, "I Want It That Way's" lyrics don't make any sense, but it probably has one of the most infectious melodies in recent pop music history.

Injustice Rating: 5. I mean, Cher deserved something for bringing that crazy vocoder effect into the mainstream, right? (At first, I was convinced that it was sung by a robot.)

Injustice Rating: 6. "Need You Now" was an enormous hit, and it definitely earned its win... but I do wonder how well it will be remembered 10 or even 20 years from now. I suspect that "Empire State of Mind" will fare better.

Injustice Rating: 9. No one can stand still when "Hey Ya!" comes on the radio. No one. It's that good.

Lost to: Celine Dion — "My Heart Will Go On"

Injustice Rating: 4. I really like "Don't Know Why," but I really, really like "A Thousand Miles." That opening piano is fantastic.

Injustice Rating: 7. I'm a big Alison Krauss fan, but "Please Read the Letter" doesn't do much for me. That being said, I think that "Bleeding Love" is an expertly crafted, deeply emotional pop ballad with tons of replay value.

Injustice Rating: 5. Whether the situations described in "Ironic" are actually ironic or not is up for debate, but it's still a super memorable tune.