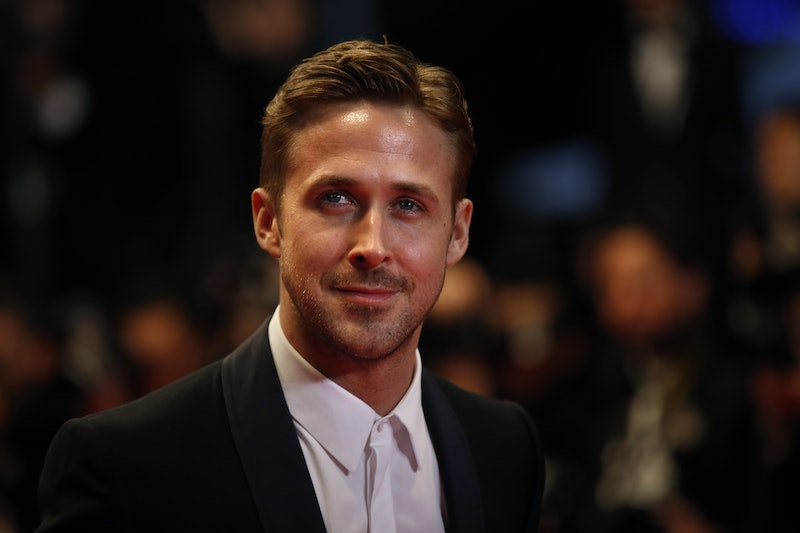 Hold onto your copy of The Feminine Mystique, ladies, I have some major news for you: Ryan Gosling, aka the Goslinator, aka Captain of the S.S. Dreamboat, aka The Man Your Future Boyfriends Will Never Live Up To, is currently the frontrunner to play Beast in the upcoming live action re-make of Beauty and the Beast . I'll give you a moment...okay, moving on. According to Nylon (as well as comicbook.com and Super Hero Feed), Gosling may have been offered the part of the Beast in the film, but it has not been confirmed that he'll actually be playing the ferociously sweet role. Considering Emma Watson has already been confirmed to play Belle, this would be the most feminist, glorious male/female on-screen pairing in major motion picture history. Praise be!

Some might argue for a more Hugh Jackman-like approach to the role — someone a little more foreboding and with a little more body fur — but I have no doubt Sir Gosling would totally nail the part. He's already Prince Charming incarnate, so slap a little hair on the guy and POOF, he's perfect. He's also played some pretty grisly roles in his career (The Place Beyond the Pines, Drive, Half Nelson) so he's certainly prepared for the part. Oh, and Ryan Gosling is an animal rights activist as well, so you know his portrayal would be really tender and sincere.

Though the news isn't confirmed yet (prayer circle that it will be, though), in anticipation of Ryan Gosling as the most handsome feminist man-beast on this good Earth, here are some Hey Girl Beast memes for your Friday afternoon pleasure. Because do we even need an excuse for something like this?