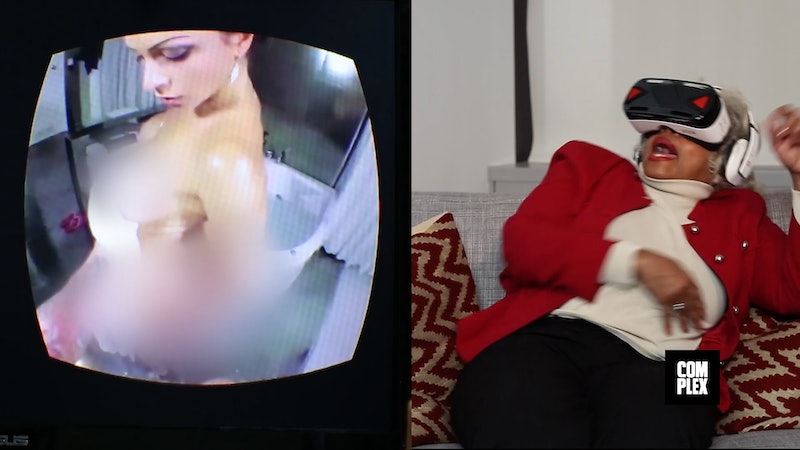 I think these ladies are hilarious, and there's something sort of surreal and science-fictiony about seeing the second one waving her hands to block her eyes from the the screen that's strapped to her face.

However, I could have happily lived my whole life without seeing this happen: