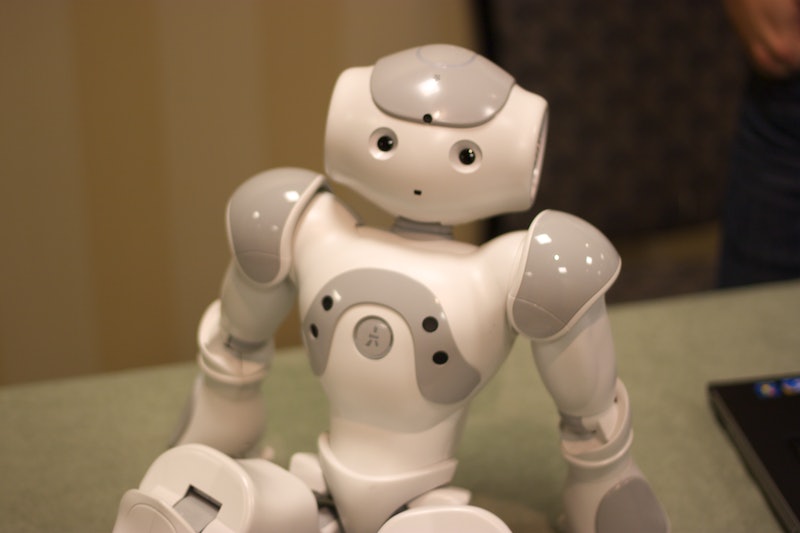 There are some things that happen and you immediately know the phrase "WTF?" was invented specifically for such a moment. Robot handjobs are one of those things. I just...yeah. We all say that technology is going to take over our lives, but I didn't think it was ever going to get quite this far.

And what was wrong with doing it the old fashioned way, exactly?

I have so many questions. Wouldn't it be hard to find a stable surface that's the right height for the robot? Do you get to customize your simulation? Does the simulation somehow make you forget the fact that your dick is being fondled by a robot? When guys come, doesn't that somehow mess up the robot? At the very least, it must require cleaning. And if someone walks in on you getting a robot handy, what exactly do you say?

The whole thing is, obviously, very weird, and it remains to be seen who will actually pay money for this. In the list of inventions the world desperately needs this ranks somewhere between Snuggies and breast cushions.

I'll be more impressed if they invent robotic hand jobs for women. Then again, given how few men understand female anatomy, if a fully automated way of producing female orgasm is ever invented, it will probably be a sign that machines have fully surpassed mankind and will be taking over the world any day now.

But in the meantime, they do this: