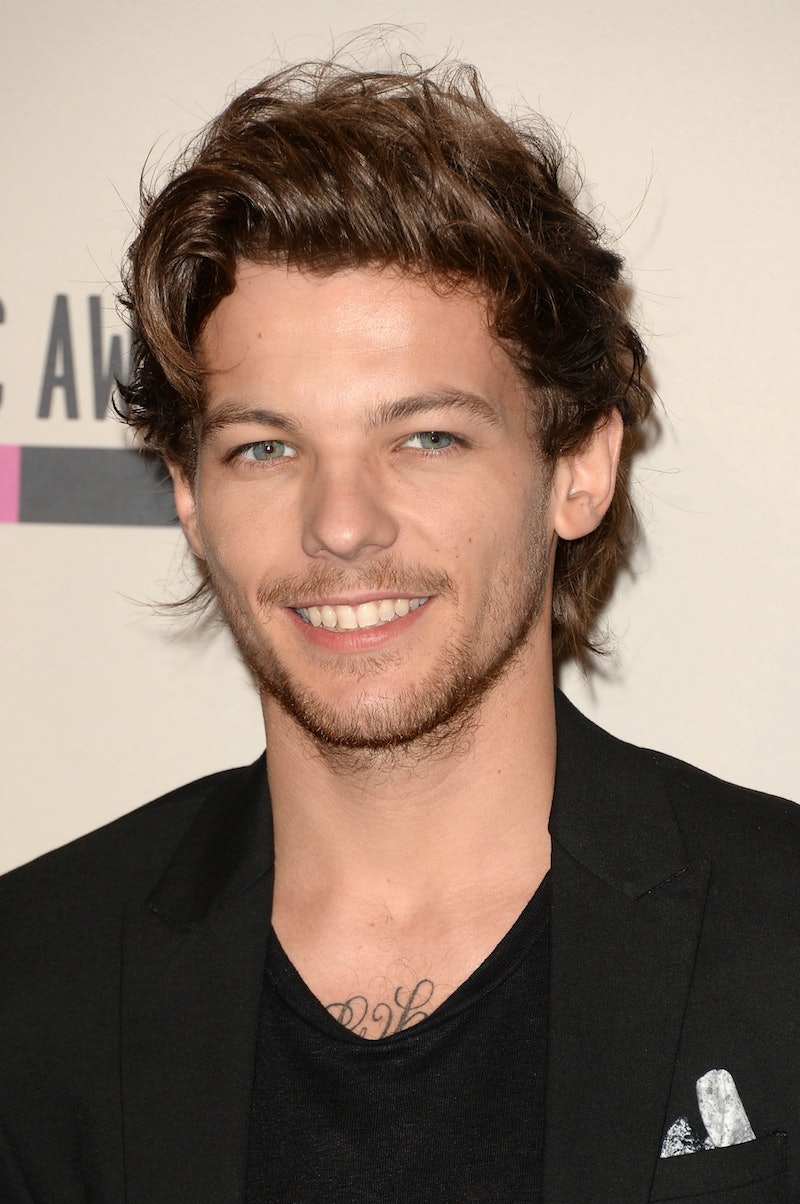 One Direction super-fans want to know everything they can about their favorite member. From fun facts, to hobbies, to favorite things, for a real fan, devotion goes beyond knowing and actually includes doing. Fans want to take on the hobbies and interests of their favorite band members. For instance, if One Direction watches a certain TV show, a true stan is going to give it a go — and most likely binge watch the entire series. Believe it or not, the members of One Direction somehow find time to watch TV. They really can do it all. Thinking about this makes me want to know which TV shows One Direction's Louis Tomlinson watches.

Sure, it might sounds a little dumb, but even I have trouble prioritizing my television shows and I'm a nobody. So I imagine if Louis Tomlinson is making time in his crazy schedule to watch a show, it has to be good. Sadly, Tomlinson and I are not BFFs — yet. This means I can't reach out to him for some show recommendations or parasite his Netflix queue. So I went to the next best source of information: Twitter, of course. Louis Tomlinson is always tweeting about his favorite shows. So what is he watching?

This is not a shock. Tomlinson and the rest of One Direction were discovered on the UK's smash hit show, so he better still be watching. Clearly Tomlinson is a loyal guy and a genuine fan because he tweets about watching The X Factor a lot.

This show is something I really want in the United States. I am so jealous of Tomlinson watching Celebrity Big Brother in the U.K. He tweets a lot about the episodes and his reactions, so it kind of feels like I'm watching. It's not the same thing, but I'll take what I can get to be on his level.

Who doesn't feel this way about Breaking Bad? Louis Tomlinson really is like the rest of us. He too has succumbed to the extremely addictive television show. Thank god that all the Breaking Bad episodes are on Netflix giving us the ability to binge watch at any moment.

Homeland is the only U.S. show that Tomlinson tweets about that is still on the air, so this means we can all catch up to live tweet with him. If that's not reason enough to watch, Homeland is actually is an amazing show.