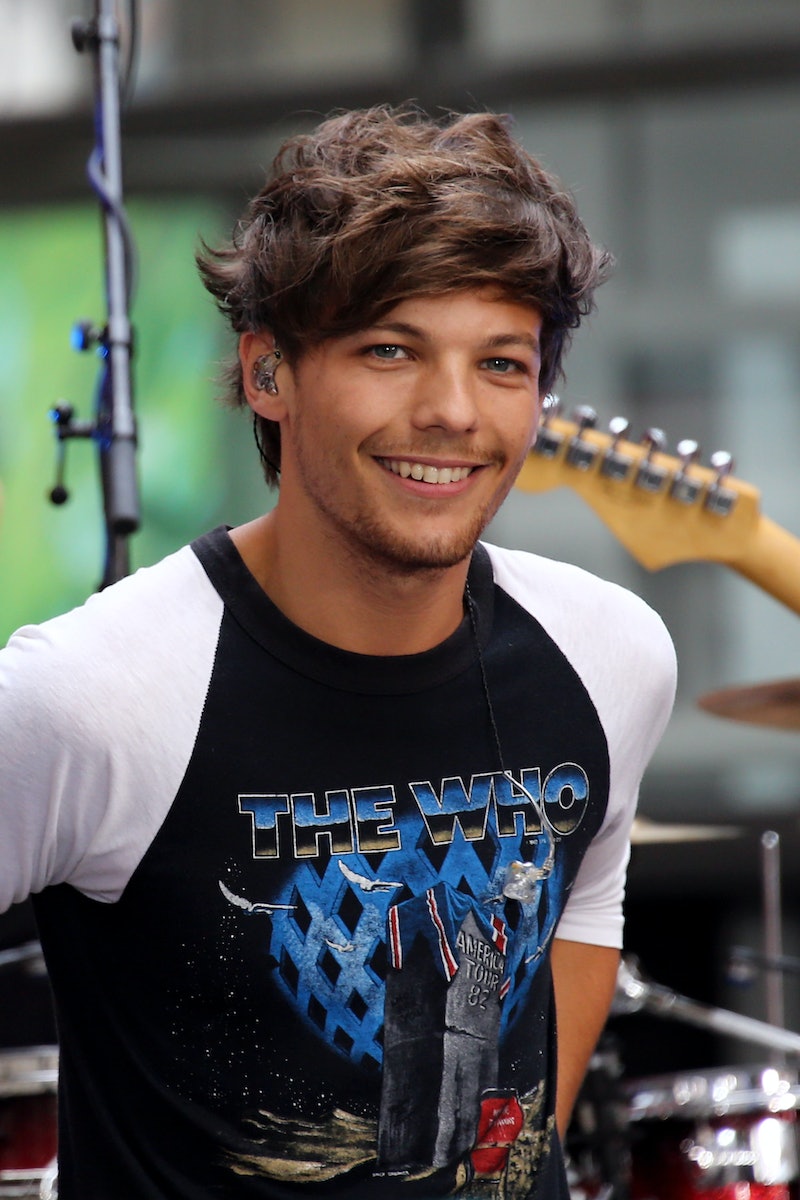 Louis Tomlinson is the oldest member of One Direction at 23 years old, which officially makes me a prehistoric fossil. OK, I'm exaggerating, but Tomlinson was born in 1991, so... yikes. Well, aside from the weirdness of that, at least Tomlinson is legal and grown, so there is no issue here with thinking he is totally adorable. Well, you know what is also totally adorable? Young Louis Tomlinson in his childhood, just a few years before X Factor and as far back as a wee lad in Doncaster, England.

As noted in these cute childhood photos of Tomlinson's bandmate Harry Styles, there is just something special when you find out your favorite boy band member was just as cute as a youngster as he is today. We all know that sometimes celebrities have those awkward stages in their childhood years and teens, but the best part about being in a record-breaking boy band since you were 18, is that fashion and hairstylists take care of all of that for you.

But don't think for one second that Louis Tomlinson didn't have swag since he was a kid. Here is some photo proof that Tomlinson's dreamy eyes and style were always set on stardom.

Looks like Louis had the "smize" down before Tyra Banks even invented it.

He's been styling since the beginning with an oversized jean jacket that I would 100 percent wear right now.

Look at that bowl cut and overalls!

Definitive proof that Louis Tomlinson has always had an adorable smile.

Oh man, baby Louis in another denim shirt? Cuteness factor is off the charts.

He is the perfect Gerber baby. Look at those eyes!

He's always been a ham for the cameras.

One again, his cheeky smile has never changed.

No one could escape the age of the selfie and social media in their pre-teens, but he doesn't look half bad. My 12-year-old self would definitely have had a school crush on him.

Oh, just practicing his wave for his millions of adoring fans in the future...

This kid right here is the hippest kid I've ever seen. Everyone in Brooklyn has worn this outfit at least once.