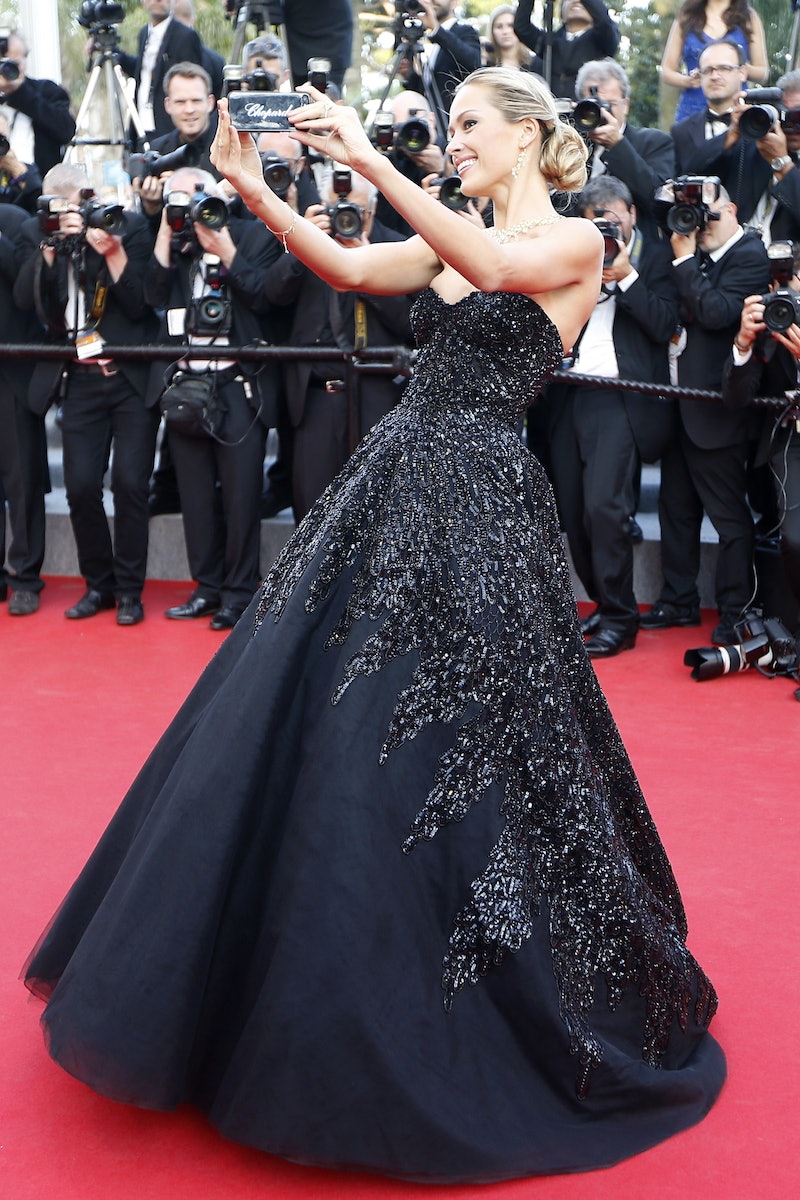 It's a common practice to take a picture of a celebrity to the hair stylist and ask for the same cut (which, let's be honest, never turns out just like it looked on the celeb. Le sigh.) Turns out, the same concept has being used in plastic surgery for a long time (just think about that dude who looks like a human Ken doll or the countless Kim Kardashian wannabes out there). The latest trend in plastic surgery, however, is ten times more bizarre — people are requesting procedures based on Instagram filters.

New York City-based plastic surgeon Dr. Elie Levine told the Daily News, "This is a huge trend. People are bringing in pictures of themselves taken at a favorite angle or filtered, and saying they want to look like that.” A study by the American Academy of Fascial Plastic and Reconstructive surgery confirmed Dr. Levine's observations. The report stated, "one in three facial plastic surgeons surveyed saw an increase in requests for procedures due to patients being more self aware of looks in social media."

Beverly Hills plastic surgeon Dr. Marc Mani told People Magazine that selfies allow people to notice more things they want to change about their appearance, as apposed to looking in the mirror. And the filters are no help, either. According to the Daily News, certain filters, such as Rise and Toaster, can "deemphasize pores and imperfections by highlighting your skin, while others such as black and white filters are "eliminating red or ruddy complexions."

This quest for Instagrammed perfection IRL comes after celebrities like Kim Kardashian and Beyonce have been accused of doctoring their own Instagram photos with Photoshop. And California-based psychologist, Stacy Kaiser, says the new trend could be dangerous.

"Filters are something special that are designed for a camera, not a plastic surgeon’s fingers,” Kaiser told ABC News.

Janet Ross, a personal assistant from San Francisco took a selfie into her local plastic surgeon, asking her doctor to mimic the look but make it more permanent. Ross told ABC that now she feels like she doesn't need the filter.