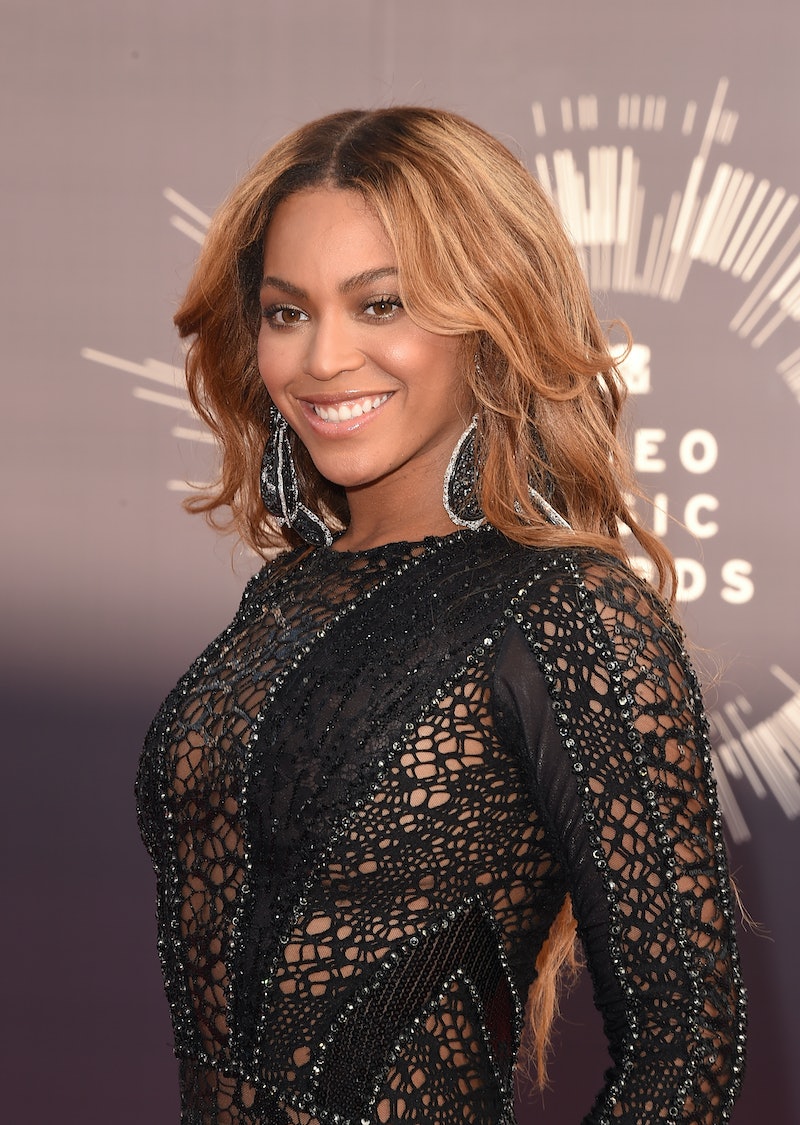 For the second time, Beyoncé has been accused of photoshopping one of her pictures. The first incident was a photo uploaded to her Instagram account that showed her golfing on a private estate in the Dominican Republic in her bikini (as you do). While at first glance it seemed like any other ol' picture of Beyoncé that made the world collectively drool, the Internet was quick to point out that the space between her thighs, more commonly known as a "thigh gap," looked less than natural. While commenters began to call the singer's stance on female empowerment into question, everything eventually settled down and Bey reminded us that she's still the epitome of feminism. Well, until now. It seems as if, as Buzzfeed points out, Beyoncé has photoshopped her personal pictures, again.

Beyoncé lives her day-to-day life as a goddess among peasants and the world worships the ground she walks on. I can only imagine that when she opens her eyes in the morning, a chorus of angels sing "Hallelujah" and a new pair of Louboutins and a plate of magically delicious pancakes instantly appears on her pillow, just because. As a strong, confident, wildly successful and drop-dead gorgeous woman, Beyoncé is the closest thing us lowly humans can call perfect (if you disagree with me, pack your bags now because the Beygency is likely already on their way), but apparently even Bey can't help but find a few flaws.

Beyoncé posted the above photo to her Tumblr page of her rocking a fierce bikini while vacationing on a yacht for her 33rd birthday with Jay Z. Like the golfing picture before it, nothing major appears to be wrong with the photo right away, but once viewers spotted the angle of the step in between her legs, it was made clear that the photo has been edited in some way. As a fan, it's incredibly sad to think that a star who so many look up to because of her strong belief in feminism and female empowerment would be so unhappy with her body that she had to digitally alter it in some way. Then again, Beyoncé is human (allegedly) and even she must get self-conscious every once in a while.

To prevent another Photoshop disaster in the future, Bey should do one of two things:

2.) Listen to the below songs before she feels anything less than the gorgeous, ethereal creature she really is.

The message of the song is simple: "Who run the world? Girls! Who run this motha? Girls!" and if Beyoncé ever starts to forget that she is the one who truly runs the world (no offense, Obama), she need only listen to this iconic track.

Besides the fact that this badass song includes a speech from Chimamanda Ngozi Adichie all about feminism, it also has some #flawless lyrics:

Momma taught me good home trainingMy Daddy taught me how to love my hatersMy sister told me I should speak my mindMy man made me feel so God damn fine, I'm flawless

*Passes out from all the inspiration in the room*

Whenever she doesn't feel quite at 100 percent in her photos, Beyoncé needs to blast this:

You're the one that gives your all.You're the one I can always call.When I need you make everything stop.Finally you put my love on top.

It's practically impossible to listen to this track off of her I Am...Sasha Fierce album and not feel empowered. GET. IT. BEY.

Stop the track, lemme state facts:I told you, gimme a minute and I'll be right backFifty million round the world and they say that I couldn't get it;I done got so sick and filthy with Benjis, I can't spend itHow you gon' be talking shit? You act like I just got up in it;Been the number one diva in this game for a minute!I know you read the paper - the one that they call a queen,Every radio round the world know me cause that's where I be (first!)

Hopefully Beyoncé will learn in the future that, thigh gap or no thigh gap, she's still #flawless, and we'll love her no matter what.

More like this
Spice Girls’ Net Worth: The Richest Member Is Wealthier Than The Rest Combined
By Hugh McIntyre
Mick Jagger Calls Harry Styles A "Superficial Resemblance" To His Younger Self
By Jake Viswanath
Halsey Calls Out Label For Asking Them To "Fake A TikTok Moment" For New Song
By Jake Viswanath
Twitter Has Very Mixed Feelings About The New 'American Idol' Winner
By Jake Viswanath
Get Even More From Bustle — Sign Up For The Newsletter