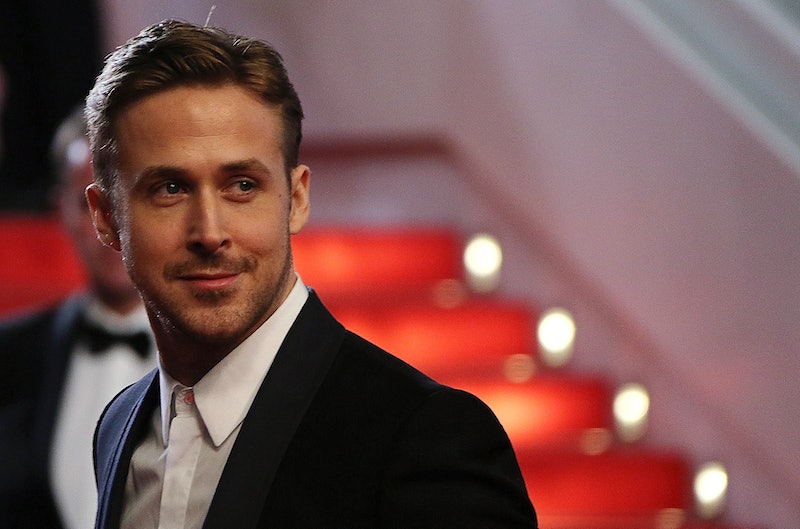 Yes, it's just a rumor. And no, it doesn't make a whole lot of sense, at least in terms of looks. But that doesn't mean I'm not still jumping for joy at the mere possibility that Ryan Gosling will star in Beauty and the Beast alongside Emma Watson (I'll leave you to guess who's playing who). Multiple reports have been released claiming that the actor had been cast in the role, but as of Friday afternoon, nothing has been officially confirmed. Still, could you imagine?!

Again, let me repeat: as of now, it's all just a rumor, albeit one that's getting a lot of attention. There are plenty of reasons why Gosling wouldn't seem like a realistic choice for the role, from his looks (super hot, but not exactly... hairy) to his recent foray into directing to the fact that the part was practically written for Joe Manganiello, or at the very least, Khal Drogo. Still, a Beast with Gosling in the lead wouldn't exactly be a bad thing; in fact, it might just be exactly what the movie needs. Here's why the actor could be the perfect, if surprising, choice for the film's biggest, baddest star:

Like many Disney stories, Beauty and the Beast is a horror movie disguised as a fairy tale. A young girl gets trapped with a scary older man, suffers from his abuse, and eventually develops a form of Stockholm Syndrome. While that's a bit darker than the type of story Emma Watson usually tackles, it's pretty much in line with Gosling's line of work. Ever seen Fracture? Or The Place Beyond the Pines? Or Drive? Or pretty much any Ryan Gosling movie ever made?

But He's No Stranger to Prince Charming

While they've certainly been few and far-between, Gosling's less creepy roles do exist. He played a a romantic hero in The Notebook, worked to save a troubled relationship in Blue Valentine, and wooed Emma Stone literally off her feet in Crazy, Stupid, Love. He knows his way around a love story, and as meme after meme has showed, he's not the worst when it comes to having charm.

He Could Use a Mainstream Comeback

If you've felt like your life was seriously lacking Gosling recently, it's not just you; the actor's spent the last few years acting in indie films, directing his own movie, and generally staying out of the spotlight. Sure, he's still a superstar, but he also could use a push back into the pop culture mainstream, and starring in a major studio movie might just be the trick.

In Lars and the Real Girl, Gosling dated a blow-up doll and somehow still managed to make it romantic. A captured teenager should be no problem.

Although the two stars have never previously worked together, their pairing is really just a matter of time. Both actors are gorgeous, talented individuals way more elegant than the average human being and drawn to challenging material. Plus, they look really good together. Just look at them!