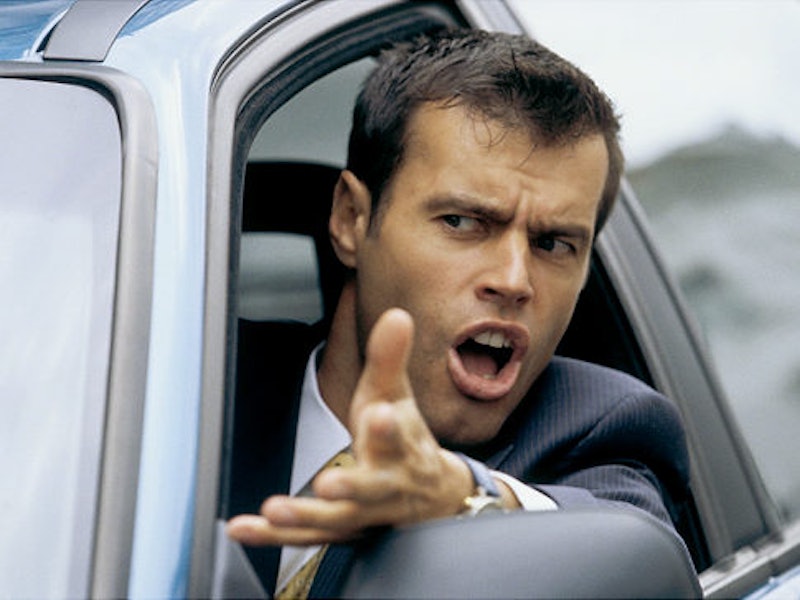 The next time someone cuts you off while you're driving, don't get mad — get even! Or at least, that's the philosophy fictional defensive driving instructor Danny Preston offers in The Onion's latest video, “How to Channel Your Road Rage into Cold, Calculated Road Revenge.” Obviously no one should even think about applying the “tips” espoused here in the real world — but taken as the satire it's meant to be, they're absolutely hilarious. I mean, yes, I have something of a sick sense of humor, but still. Funny, funny stuff. I promise.

The video takes the form of a segment on a morning show — which is actually the whole thing works so well. They hit the classic “morning show” tone so perfectly that you might think you were actually watching the real thing… if it weren't for the words coming out of everyone's mouths. “Danny's” cheerfully-delivered tips on how to take your road rage, cool it off, and turn it into a long, drawn-out pay-back scheme turn the whole thing into the funniest revenge tragedy you'll ever see. For reals.

Again, I'd like to stress that no one should ever actually follow through with any of “Danny's” suggestions; besides the fact that they're extremely illegal, they're also exactly what you shouldn't do when someone pisses you off, on the road or otherwise. Road rage is a very real thing — its technical term is aggressive driving — and it causes around one-third of all car accidents each year. People may be rude, but don't let your temper get to you, OK? You'll be far safer in the long run.

That said, though, if we lived in a world where the ghosts of dead kings could appear to ask for vengeance and baking people into pies and feeding them to their parents was an acceptable form of conflict resolution, I imagine these road rage management strategies would come in handy. Scroll down to watch the whole video.

Road Revenge Strategy #1. Instead of losing your temper, take a breath, count to 10…

...And follow the other driver home. Once you know where they live, you can, oh, sneak into their home every so often and rearrange their furniture. Just y'know, to make sure they know that you're out there and that you remember the terrible things they've done.

2. Put yourself in the other driver's shoes.

They're human, just like you. They have families, and friends, and plenty of other weaknesses you can exploit — as long as you keep your cool, enabling you to plan your revenge and execute it at the most effective time possible. You might, for example, shoot long videos of their parents' home, which you then mail to the other driver. You can bet they'll soon come to regret cutting you off at that stop sign!

3. Never underestimate the usefulness of muffins.

Say someone flips you off on the road one day. Do you get angry right then and there? No. You wait. Years, if you must. And then, at the appropriate moment, you deploy some carefully-selected muffins.