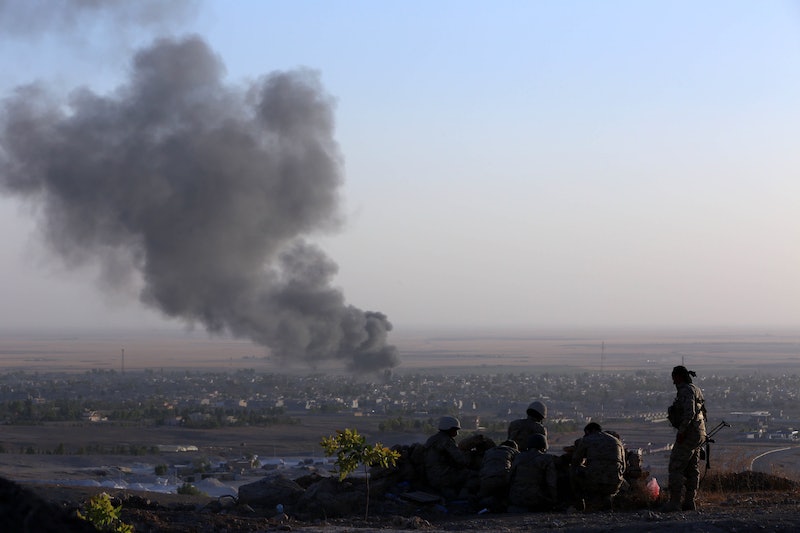 The parents of the last-known hostage held captive by the Islamic State of Iraq and Syria remained hopeful on Friday that their daughter was still alive. Carl and Marsha Mueller, the parents of American aid worker Kayla Mueller, broke their silence late on Friday in a statement addressed directly to Kayla's ISIS captors.

Despite hearing the news that Kayla Mueller was killed on Friday in a Jordanian airstrike on ISIS targets, the Mueller family appealed to the Islamic militant group, which first spread the tragic story on its associated social media accounts. However, the Jordanian and U.S. governments still cannot verify her death. According to ABC News, a U.S. government official said on Saturday that there is "no hard evidence" that Kayla Mueller was killed in the airstrike.

Here's the full statement released by Carl and Marsha Mueller on Friday night:

We, Carl and Marsha Mueller, are the parents of Kayla Jean Mueller. She has been held by ISIS in Syria since August 4, 2013.

To those in positions of responsibility for holding Kayla; in adherence to your warnings and out of concern for Kayla's safety, we have been silent until now.

After going to extraordinary efforts to keep Kayla's name out of the media for so long, by securing the cooperation of journalists throughout the world, her name was released today.

This news leaves us concerned, yet, we are still hopeful that Kayla is alive. We have sent you a private message and ask that you respond to us privately. We know that you have read our previous communications, John Cantlie made references to them in October.

You told us that you treated Kayla as your guest, as your guest her safety and wellbeing remains your responsibility.Kayla's mother and I have been doing everything we can to get her released safely.At this time we ask you, who are holding Kayla, to contact us privately.

State Department spokesperson Marie Harf said in a news conference that the department cannot reveal any more details about Kayla Mueller's situation, in the interest of her privacy and safety. "I will say, broadly, that Secretary [John] Kerry…is putting together every effort to find any Americans still held overseas."

An Arizona native, 26-year-old Kayla Mueller was working in Turkey to provide humanitarian relief when she was reportedly seized by ISIS militants in August 2013. She was captured after leaving a Doctors Without Borders facility in the northern Syrian city of Aleppo, while traveling with a Syrian friend sent to the compound to fix the Internet connection, according to The New York Times.

Kayla Mueller's identity was kept hidden from the public until ISIS released her name and address in Arizona on Friday, in what the Jordanian government called nothing more than a propaganda move. Jordan began its own airstrike campaign against ISIS following the execution of pilot Moaz al-Kasasbeh, who was burned alive by the militants in early January. The news of al-Kasasbeh's death wasn't released until earlier this week, when ISIS uploaded a video of the gruesome execution.