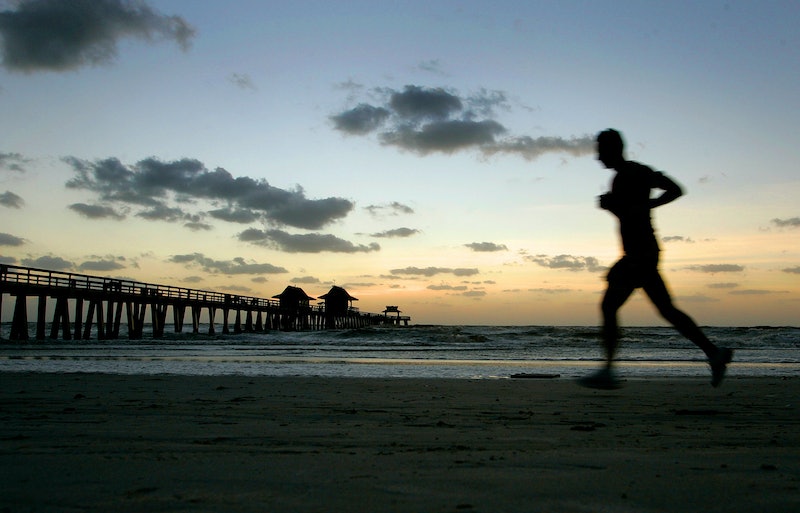 When a new study came out in the American Journal of Cardiology earlier this week linking excessive running with an increased mortality rate, I'm not going to lie, I was kind of relieved because now I had a reason for why I avoid running at all costs ("but doing it too much could literally kill me!"). Now it looks like I'm going to have to find a better excuse because a bunch of publications have written pieces clarifying that no, running too much is not really going to kill you. So go ahead and go on a long run because it's probably not going to shorten your life.

In case you missed it, the "running will kill you" study surveyed hundreds of Danish joggers, "categorizing 878 of them as light, moderate or strenuous joggers," while 40 joggers were identified as "strenuous." Ten years later, the researchers checked in on the people they'd surveyed, and found that 17 of the joggers had died, two from the strenuous group, meaning the strenuous group had the highest proportion of deaths. At this point, you should be skeptical of the findings.

That's because--you guessed it--the strenuous runners technically had the highest proportion of deaths, but that's probably more due to the fact that their sample size was really small compared to the other groups, and not so much because running will actually shorten your lifespan. Plus, as Justin Wolfers from the New York Times points out, the study doesn't even examine the cause of death and we don't even know "whether those two deaths were from causes that could plausibly be related to running."

What makes these findings even more confusing is that the researchers compared the death rates of the groups of runners to that of non-runners. So the focus of the study wasn't even to determine which type of runners has the highest mortality rate, but rather, if runners are likely to live longer than non-runners. They did find that to be true, but that is also probably because they chose to compare them to a sedentary group of non-runners, rather than, for instance, people who were active but didn't jog. So once again folks, this is your regular reminder that correlation does not show causation, and to use your special powers of analytical thinking before you put all your faith in one small study.

Even though we'd all like to have scientific justification for exercising less, it doesn't change the fact that with more than one-third of American adults being obese, most of us need to worry about the harmful effects of exercising too little rather than too much. The fact that people jumped to believe this study so quickly points to the fact that we'll believe what reinforces what we want to hear. Sad news, I know. Or, you can just pretend you never read this article and continue to live in denial. I won't tell anyone.