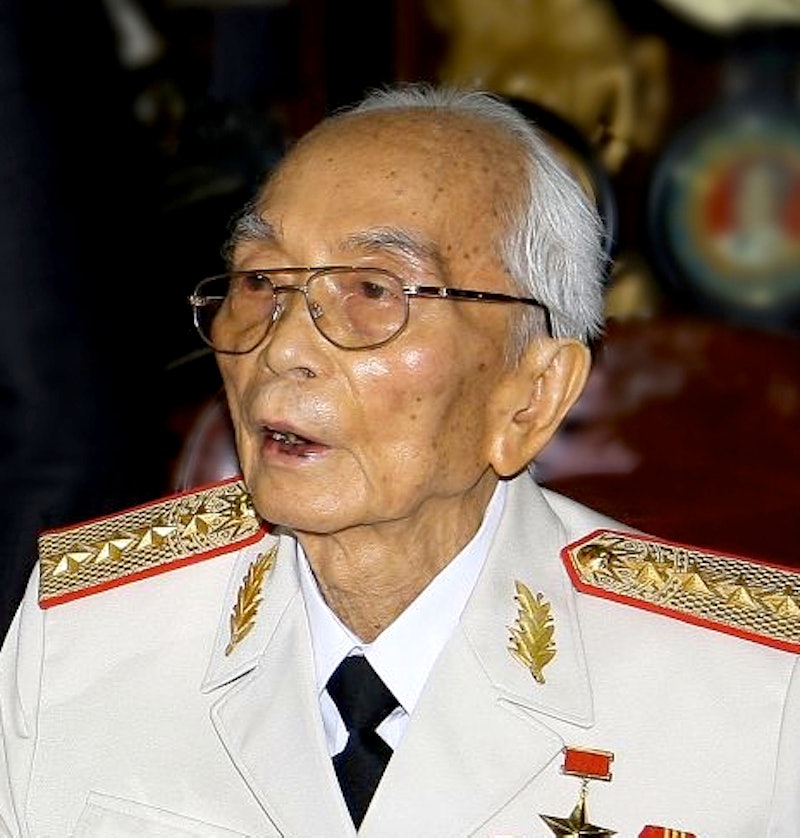 Vo Nguyen Giap, the Vietnamese general who would prove to be the bane of French and American militaries, died today at 102 at a hospital in Hanoi after suffering years of long illnesses. A self-taught leader and general, Giap credited his military education as coming from "the bush." Most notably, Giap had the unique distinction of freeing his country not once, but twice.

Born in 1911 in Quan Binh province, Giap worked as a journalist before joining the Indochinese Communist Party. After escaping occupying French authorities in 1940 by fleeting to southwest China, he met Ho Chi Minh, who would become his mentor. With plans afoot to throw out the French, Giap made his way back to rural north Vietnam to recruit guerrilla solders and form the Viet Minh.

After being enlisted by Minh to lead troops against attacking Japanese forces in 1944, Giap continued to serve under the rebel leader. Ten years later, he used his guerrilla Viet Minh army to free Vietnam from French colonialism in 1954, which cleared the way for Minh to establish the newly independent nation.

When the Vietnam War (or the American War, as it's known in Vietnam) came, he served as general for the North Vietnamese Viet Cong, coordinating attacks against American and South Vietnamese troops along the infamous Ho Chi Minh trail he built in the thick jungles of the nation's countryside. In 1975, he defeated the South Vietnamese government and reunited the country. Again, it was the success of the guerrilla tactics that proved victorious over the technological might of the American military.

"We had to use the small against the big; backward weapons to defeat modern weapons," Giap said. "At the end, it was the human factor that determined the victory."

The general, who remained a national hero for many Vietnamese, was also credited with masterminding the 1968 Tet Offensive, a series of surprise attacks during the implied peacetime of the Vietnamese lunar new year that turned the tide of the war against America and severely shook popular support for the war in the United States. (This historical credit is lately disputed: Giap is now thought to have been against the attacks, and his family maintains he wasn't in the country when they took place.)

In one of his last interviews with foreign media in 2005, Giap told the Associated Press that "No other wars for national liberation were as fierce or caused as many losses as this war. But we still fought because for Vietnam, nothing is more precious than independence and freedom," he said, quoting Minh.