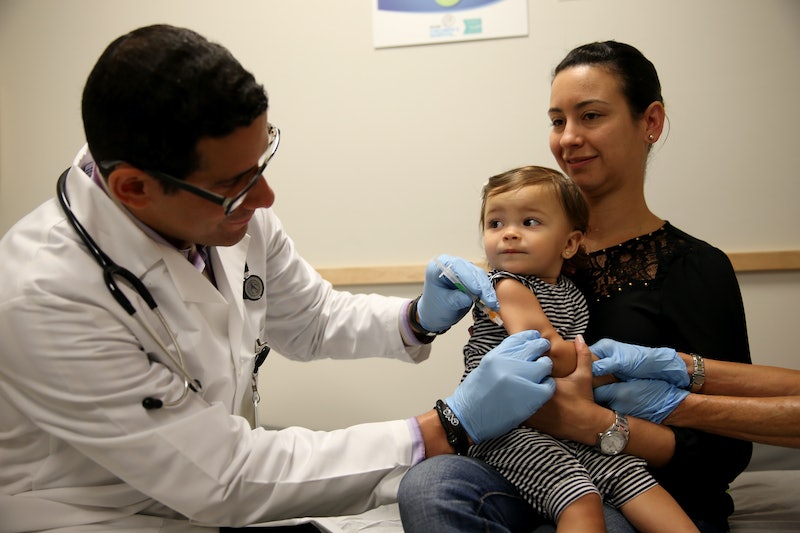 As California officials take new measures to staunch the measles outbreak, more people are standing up in defense of vaccinations — including one of the biggest autism organizations in the United States. The advocacy group Autism Speaks issued a pro-vaccination statement this week, debunking the long-disputed science that vaccines are linked to the developmental disorder. Will the anti-vaxxers finally take notice?

In the wake of the ongoing measles outbreak, which can be traced to California's Disneyland theme park and has now spread to 14 states, Autism Speaks chief science officer Rob Ring released a simple yet definitive statement on the organization's website on Thursday:

Over the last two decades, extensive research has asked whether there is any link between childhood vaccinations and autism. The results of this research are clear: Vaccines do not cause autism. We urge that all children be fully vaccinated.

Simple but it says it, doesn't it? Unfortunately, this isn't the first time the autism advocacy group has had to quell anti-vaccination, anti-autism hysteria in the United States. In May 2014, Autism Speaks highlighted a study in the journal Vaccine that further debunked the purported link between vaccinations and autism.

Ring said at the time:

This analysis provides further confirmation for a lack of association between vaccines and autism that the broader healthcare community has understood and embraced for some time. Autism Speaks’ own policy on vaccines echoes those of other credible healthcare organizations like the American Academy of Pediatrics and the World Health Organization. We strongly encourage parents to work with their physician to ensure their children receive the full benefits immunization offers in protecting their loved ones against a variety of preventable childhood diseases.

The California Department of Health said in a statement that 39 of the state's 103 measles cases were contracted at Disneyland. So far, just four cases have been contracted from a community setting. Orange County had seen the highest number of measles cases — 32 — since the outbreak began in December; Los Angeles County has had 19 measles cases, followed by San Diego County at 13.

Measles has also so far been confirmed in Chicago, New York and New Jersey.