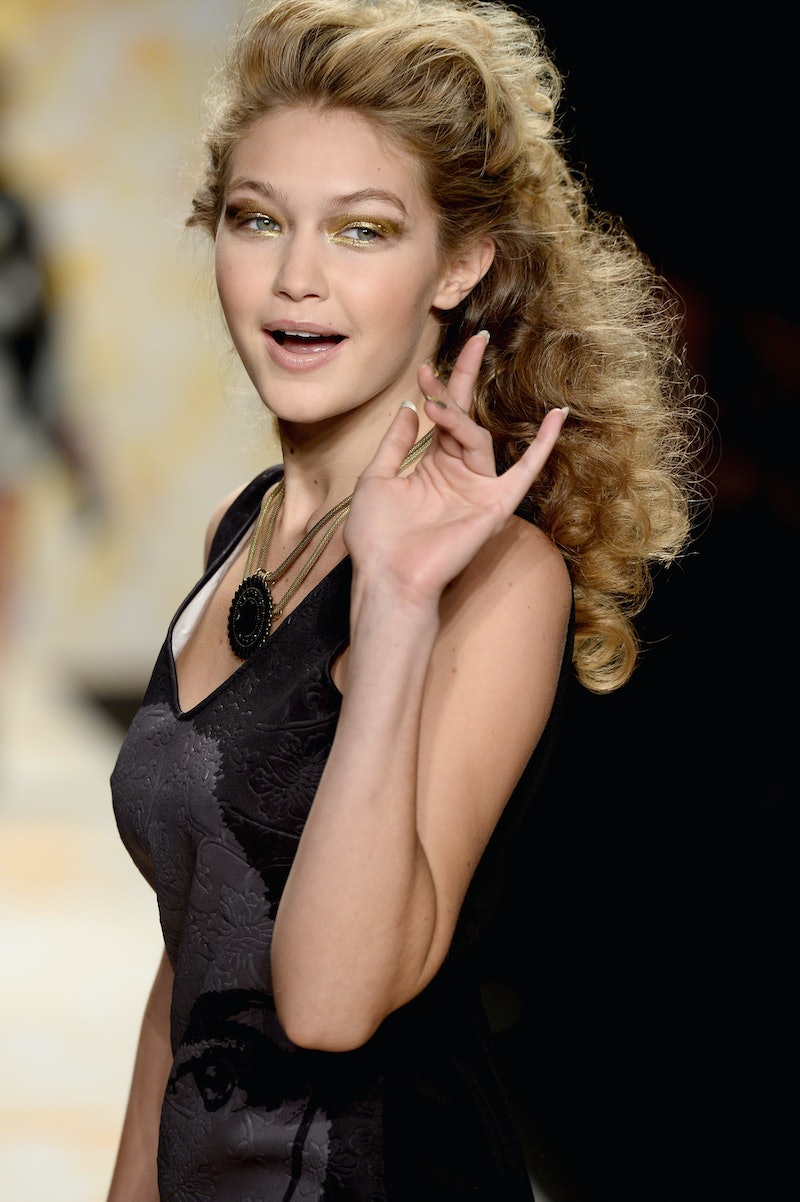 Gigi Hadid had quite the year in 2014, didn't she? Basically, she rocketed through pretty much every single model's checklist in record time: She starred in her on-again, off-again boyfriend Cody Simpson's ultra-popular "Surfboard" music video, she appeared as a rookie in the Sports Illustrated swimsuit edition, she she scored an (amazing) ad campaign with Tom Ford and a contract with Victoria's Secret PINK... and it was all topped by a spot-on New York Fashion Week debut (and a spot on the coveted Models.com Top 50 list). There's no denying she's someone to watch, and with fashion week around the corner, it looks like she'll be repeating history with an even better sophomore season — which begs the question, which shows will Gigi Hadid be walking at NYFW this year?

It's hard to know exactly what shows Ms. Hadid will be walking in, but we can make some educated guesses based off of her last fashion month (she walked in several shows internationally, in New York, London, Paris, and Milan — what a debut, eh?). Heck, she's become so high-profile in the first several weeks of 2015 (she's the new face of Maybelline and took home the Model of the Year trophy at the Daily Front Row Fashion Los Angeles Awards) that I can only assume that she'll be crushing it in even more shows this year than she did last year!

So what shows will she most likely be walking in?

She walked the Desigual show with sass and panache to spare back in September — she's got their fun-loving vibe down to a T, and I'm sure they'll be asking her back.

She sure rocked that choppy black wig last year alongside fellow reality TV bud, Kendall Jenner, and it would only make sense for the two of them to walk the runway together for a second time.

She stunned in some of the designer's duds in the front row last year, so maybe this year Prabal Gurung will hire her as a model!

Anyway you cut it, she's lightning in a bottle — I'm sure we'll be seeing her in lots of shows this New York Fashion Week.