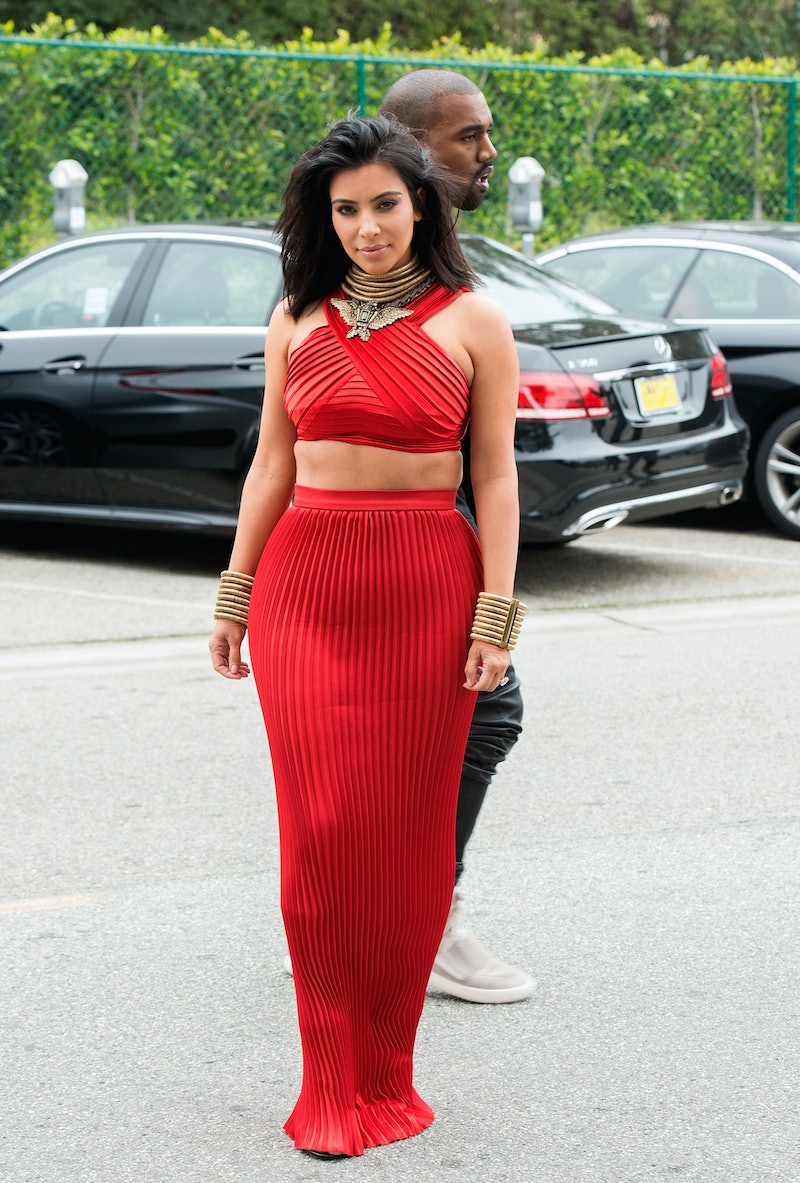 You know you throw a good party when you've managed to make a daytime event look like one of the the parties of the year only a handful of weeks into a new year. Jay Z's entertainment company — Roc Nation — held a pre-Grammy brunch in Beverly Hills yesterday, and not only did all of your fave ladies in music show up; they all looked good to boot. Even Kanye West showed up and blessed us with a peek at his new Yeezys for Adidas, for starters — and it only got better from there. Seriously, I know y'all think you look good for brunch with your friends but you were almost definitely outdone by the Roc Nation crowd.

Janelle Monae proved she's one of the most slept-on style inspirations in her polka dot suit and bright red brimmed had. Nicki Minaj was there in green snakeskin pants and a bright orange fur coat that felt super 90s in the greatest way possible. (Would I be out of line in asking for a Rihanna, Beyoncé, and Nicki remake of Clueless? Just picture it.) Speaking of Queen Bey, she looked stunning and effortlessly cool (of course) in a shimmery black Alexandre Vauthier Haute Couture jumpsuit. Proving that you can take the girls out of the girl group, but not prevent them from looking coordinated, Kelly Rowland looked amaze in a breezy all-white outfit.

Most importantly, however, was both Kim K and RiRi showing up in matching coordinates. Not to brag or anything, but I sort of predicted that matching separates would remain a trend in 2015. Between the two of them, there's enough fashion influence to extend a trend's shelf life and I'm glad they're keeping one of my faves alive. Kardashian looked goddess-like in her drapey red outfit, stacked jewelry, and lob. Rihanna, of course, stepped it up a notch in a red floral print with a gauzy cardigan tucked into her skirt. Start practicing that tuck now, guys — I have a feeling that's also going to be a trend this spring!

With all this midriff at the pre-Grammy parties, I can only imagine that some celebs are going to go that route on the red carpet tonight. Now that she's bared her belly button, I can't imagine Taylor Swift not going the two-piece route for tonight. Iggy Azealia will be a contender to wear coordinates to the show as well, at least for her performance — if not to walk the red carpet, too. And Nicki Minaj could go sexy or eccentric for this evening's show, but I'm hoping for some shimmery pink co-ords to represent her album The Pinkprint and all of the hardware she's hopefully going to walk away with.