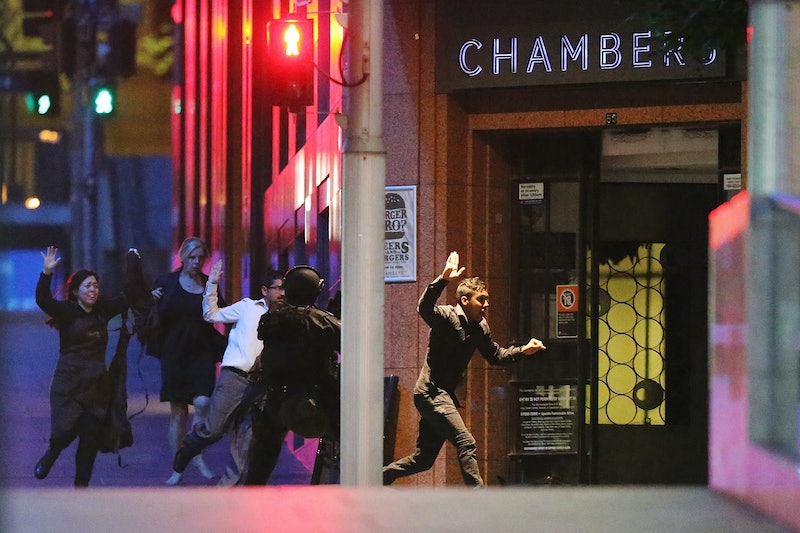 Marcia Mikhael, a survivor of the 17-hour hostage crisis in Sydney last December, said police botched the Lindt Café rescue operation in a television tell-all Saturday night on Australia’s Seven and Nine news networks. Mikhael also said during the paid appearance that she is being treated like a criminal for simply being in the wrong place at the wrong time. Fourteen of the 16 survivors of the attack spoke on-camera about the terrifying ordeal and shed light on what they believe are the police and government's missteps during the rescue operation.

On Dec. 15, 2014, Man Haron Monis held 18 people hostage in the Lindt Café in Sydney, Australia. Two of the hostages, Tori Johnson and Katrina Dawson, were killed. Mikhael said she helped police who responded to the attack by using her fingers to indicate that there was a single gunman present. She also said Monis later put her on the phone with police, and she grew increasingly angry when Prime Minister Tony Abbott would not get on the line.

I actually lost it when someone told me the Prime Minister was a very busy man and he can’t come to the phone. I yelled at him and I just couldn’t believe it. ... I think I actually said that I don’t care what (Abbott) is doing right now, whether he’s walking his dog or he’s you know playing golf with his mates, I’m sure there’s nothing more important happening in Australia right now than this, and the lives of the people in this café. And then I hung up.

Saying at that point that she "lost hope," Mikhael said the police were not equipped to handle the situation and should have called in the army. "They were being reactive," she said. "There was nothing proactive about their operation."

Selina Win Pe, another hostage, said Monis pulled her by her hair, held a gun to her head and threatened her life. Louisa Hope, who was in the café with her mother, described the terrifying moment when Monis executed Johnson, the manager of the café, after some of the hostages escaped through an open door.

And then, the noise of the gun, and then Tori fell forward. It's, the words escape me, because it's just too unbelievable that that beautiful man was alive a moment ago, but you know that he's no longer with us.

After Monis killed Johnson, police took aim at the gunman, killing him and Katrina Dawson, a lawyer who had been huddled next to Mikhael near a window. Mikhael, who also sustained gunshot wounds to her legs, said her rescuers carried her across the café, over the dead body of Monis.

As they’re going over him I look down and see him. It wasn’t a pretty sight. Half his brain was like hanging out. It was terrible. So they take me outside. And that’s how it ended for me. I was safe. Katrina was right next to me and she didn’t make it, but I did.

Mikhael, Hope, and the other hostages paint a terrifying picture of the ordeal and raise questions about the police — and Abbott's — response. According to The Sydney Morning Herald, a parliamentary inquiry has been launched that will investigate the issues of the situation, including why Monis was free on bail, how he got a gun, how he was granted citizenship, why he wasn't on any terror watch lists, and whether national security powers could have been better used.