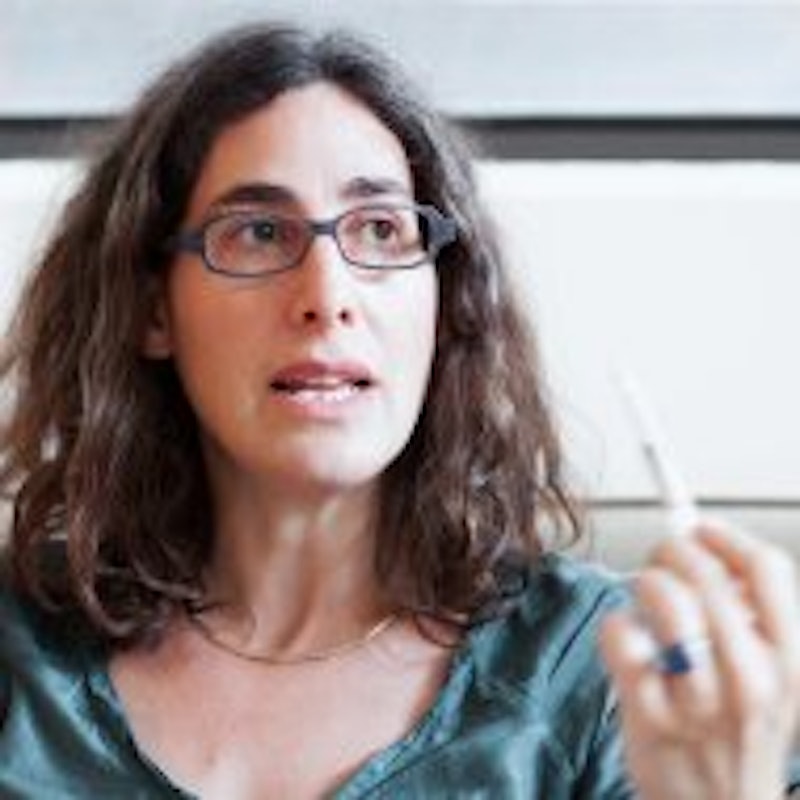 It's surprising, but true: Sarah Koenig isn't sure how to feel about Reddit. Actually, when she first found out about it not too long ago, it really freaked her out. Last Thursday, Koenig, who hosts the popular podcast Serial, was part of a New School panel of accomplished podcast and public hosts called "Serial and the Podcast Explosion." The panel was moderated by the New York Times' David Carr and included Koenig, "StartUp" creator Alex Blumberg, and "Invisibilia" host Alix Spiegel. Among the topics covered by the panelists was Koenig's experience creating a podcast as opposed to traditional reporting. "I was just like, 'Podcast, who cares, try it! It doesn't matter. It's a podcast. Nobody listens to podcasts,'" Koenig said of her early thoughts on hosting the wildly popular radio show.

Nobody may listen to podcasts, but practically everyone on the Internet has listened to Serial. Actually, there are entire communities on Reddit dedicated to analyzing, theorizing, and scrutinizing Koenig's report on the 1999 murder of Hae Min Lee and the subsequent conviction of Adnan Syed. Koenig says she found this especially surprising because she "didn't even know what Reddit was." When she did find out about how closely listeners were following the show, Koenig says it really freaked her out, in a good way.

There was certainly a slice of the audience who was listening super carefully. They were making graphs and pie charts and Excel spreadsheets. It made me as a reporter[...]it just really reinforced like, 'Oh, we have to be so so careful. We can't mess up anything because we're being watched so so closely.' And I liked that[...]it was a constant reminder that any mess-up is going to be caught by this community that's watching very closely.

However, Koenig also adds that, for her, there drawbacks to reading up on what Redditors were saying about Serial. "They're saying whatever the hell they want. It's hard. It's hard to see that. I felt ... shit. They're saying things that I wouldn't say because I can't and it's not right to say it. I don't know how you stop that from happening," she said. Koenig concluded that, though she's been asked about potentially engaging with online audiences for future stories, she isn't convinced "crowdsourcing an investigation" on Reddit is the answer. 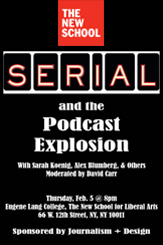