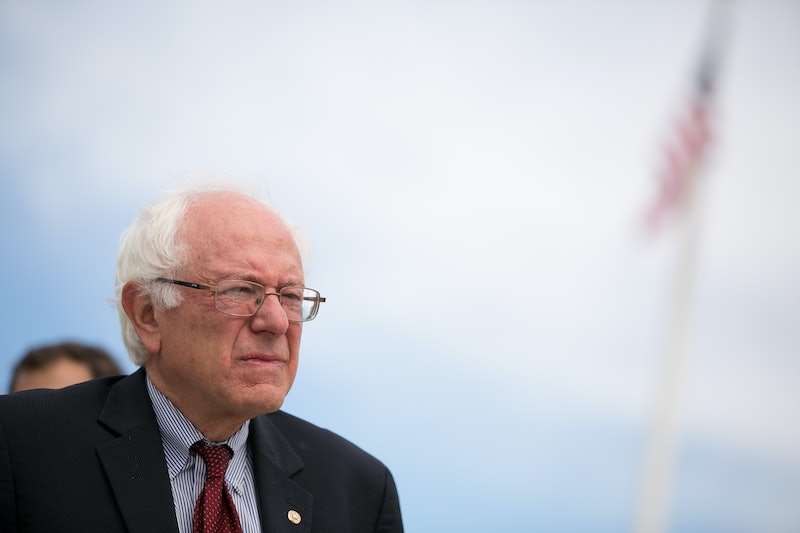 She might not have officially announced a run for president in 2016, but progressives are already offering alternatives to a Hillary Clinton candidacy. Sen. Elizabeth Warren is often the first name that comes to mind, but Sen. Bernie Sanders, an independent from Vermont, is also toying with the idea of launching a campaign as the "Not Hillary" candidate. But does he have a chance?

Since speculation began that Clinton would launch another bid for president, some progressive groups have been actively seeking an alternative candidate, one a little more outside the establishment than Clinton, who could take the nomination or at least move the former Secretary of State a bit more to the left on key issues. Although populist candidate Warren, who made a name for herself as a crusader against moneyed Wall Street interests, has been the favorite, Sanders is also drawing attention for his longtime commitment to liberal causes and aversion to playing political games.

In an interview with MSNBC on Saturday, Sanders promised there would be “real differences” between himself and Clinton. But Sanders has no organized campaign infrastructure and lacks the funding that Clinton and Warren are already enjoying from PACs established months, and in Clinton’s case, years, ago. In early polls, he trails Clinton by more than 50 points. At 73, he is six years older than Clinton, who already had to defend herself against arguments that she is too old to effectively lead the nation.

Not that Sanders seems to be particularly worried. At a conference this weekend held by Keystone Progress, the largest progressive organization in Pennsylvania, Sanders went after billionaires, saying they are "addicted to money," and calling for a "political revolution" that would take the country back in time and allow Americans to support their families on a 40-hour work week. He is expected to further lay out his agenda at the Brookings Institution on Monday. The executive director of Democracy for America Charles Chamberlain told MSNBC in December:

The results from our first 2016 presidential pulse poll indicates that progressives want to hear from many candidates during the nomination process and that the fight for the support of Democrats’ grassroots base is far from over.

Warren, for her part, has repeatedly said she does not want to run for president and has given no indication that she will change her mind. Once it becomes clear she isn't in the running, Sanders will likely enjoy support from current Warren proponents. Will it be enough? If he can reinvigorate the Democratic base, get them mad enough about those "addicted to money" billionaires and inspired by his political revolution, he might have a chance.