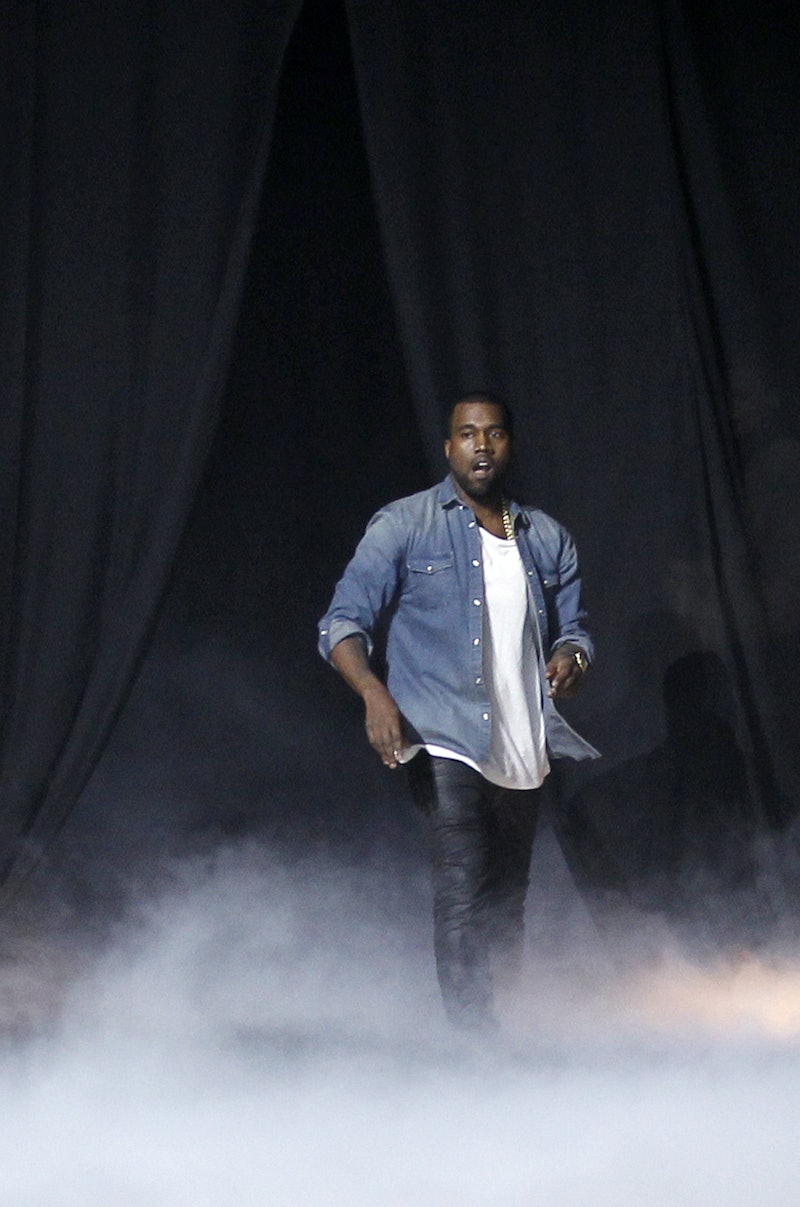 A text from a friend the other day read: "Has anything come across your email regarding the Kanye and adidas collab released during fashion week?" And despite the fact that the Internet has apparently been teasing the release for some time now, it was my first time hearing the news. Naturally, every scroll through my Twitter timeline since has been loaded with news about Kanye. A recent scroll, however, revealed the adidas 750 Yeezy Boost that was not supposed to be shown until New York Fashion Week.

The leak comes via West's friend and barber, Ibn Jasper, who must have been so elated to be the first to rock the $350 shoes that he just had to tell someone — well, more like 78,000 someones. Jasper took to his heavily followed Instagram to post not one, but two photos of the grey suede sneakers, which appear to be some strange morphing of a boot and sneaker (Sneakboot? Bootneaker?). It's a much more subtle shoe, considering the infamous Red Octobers the rapper-gone-fashion designer released around this time last year; it's also much cheaper. Apparently, West isn't too upset about the leak since he wore a pair of the Yeezy Boosts, himself, to a pre-Grammy brunch yesterday.

While the Internet waits for the release of the entire adidas x Kanye West collaboration, let us take a scroll through West's many fashion creations, since it's more apparent now than ever that he is slowly merging toward becoming the designer he always wanted to be.