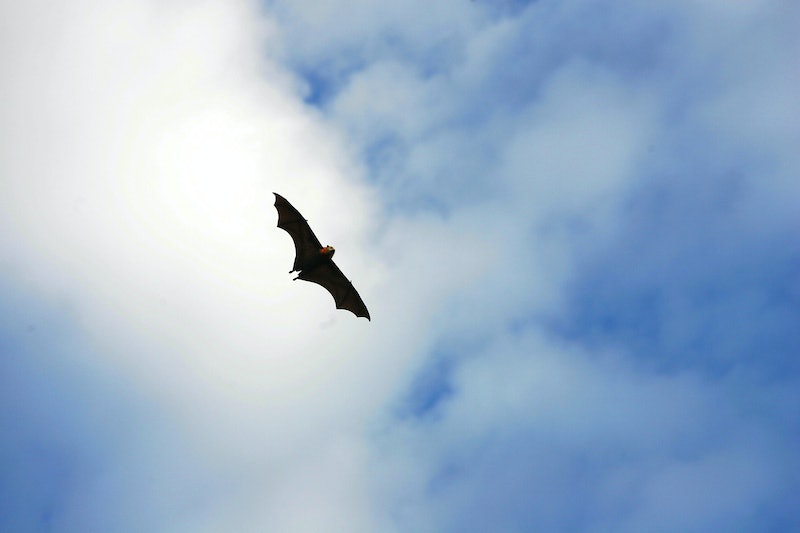 NPR's Invisibilia Podcast is devoted to explaining how unbelievable phenomena are actually deeply connected to the "invisible" forces that tie all of us together, peeling away superficial details like the ability to see or even move to what makes us human. One of the most fascinating stories they've covered so far is "How to Become a Real Life Batman," which covered Daniel Kish, a blind man and activist who uses and teaches echolocation as a technique to assist his fellow blind people gain more independence, aka the "blind people who can see" episode.

The podcast actually released a shorter bonus episode on Jan. 23 that adds more details about blind people learning to use echolocation in order to tell where objects are around them. Julee-anne Bell, the subject of the shorter piece, which only runs about ten minutes, is an Australian woman who was born blind, but never learned to navigate on her own before Daniel Kish gave her lessons in navigating with echolocation. She'd always relied on holding on to her husband or sons' arms, letting them guide her passively. And while it was a comfort and a way to express intimacy between her and her family, it was also a crutch, and Bell wanted to be able to travel places on her own. Not just to the bus stop, but abroad. Not just so she could run errands, but so she could help guide her husband as his health declined.

Actually, it was falling during a hiking trip that helped Bell get even more dedicated to her pursuit to learn how to guide herself. Though she may have been safer and more comfortable letting her family show her around, falling is something that happens to "every hiker," she says. That mishap was one of the closest experiences to a sighted person she's had. But Bell isn't the only person who's been able to learn how to "click" her way through navigation. In fact, Bell and Kish work together in his organization, World Access for the Blind, which is hoping to educate any and all willing blind people in how to echolocate.

It's not a new technique — bats have been doing it for a while — and humans using echolocation isn't limited just to Kish, either. A teen who also lost his eyes as a child, Ben Underwood, made news in 2006 for his abilities to navigate, and blind people have been discovering different ways to "see" since ancient times. And new technologies are emerging every day that aim to help blind people use their other senses to navigate more easily. The aim isn't to "cure" blindness, but to give blind people more options for getting through their lives.