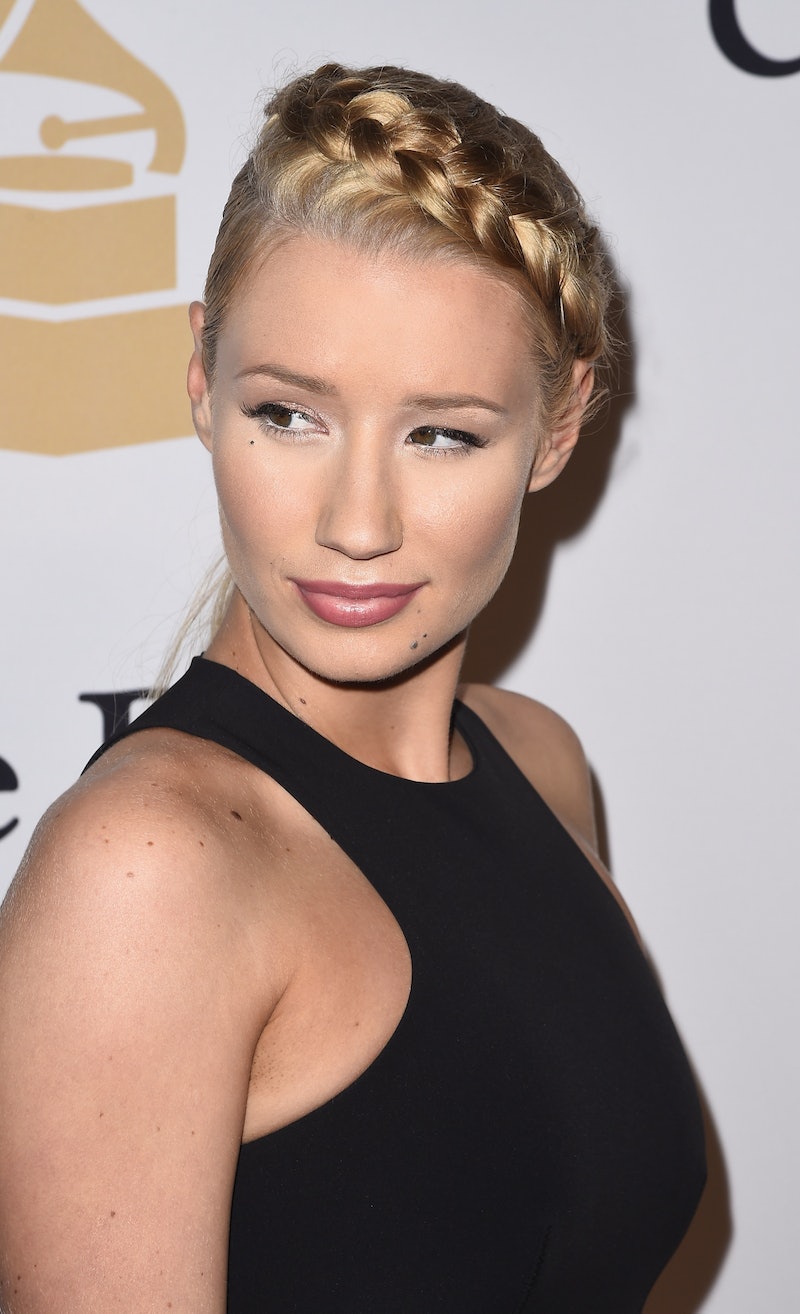 Wow Twitter. You never cease to surprise me. I didn't fully want to get involved in the controversy surrounding Iggy Azalea's Grammy nomination for Best Rap Album, but I do know that many, many people were ready to start a riot if Azalea would have taken home the award. Fortunately for them, the young Aussie wasn't able to take the Best Rap Album trophy home, as Eminem claimed the prize and also took home Best Rap/Sung Collaboration with Rihanna for "The Monster." The loss could be a bit tough for Azalea as she hasn't had the best relationship with Eminem after his controversial lyrics about Azalea in the song "Vegas." But how did the millions of non-fans on Twitter take this news? They actively expressed Schadenfreude over Azalea's loss. But many people were also still waiting with baited breath to see if she would win any of her awards.

Most of the tweets were pretty similar, with people expressing so much relief as if they were getting over a paternity scare on par with a Jerry Springer talk show. But some tweets relished Azalea's loss as if losing the Grammy proved she wasn't good enough to rap. But she was nominated in the first place, right?

Before Best Rap Album was announced, the angry tweets were running wild across the social media platform:

Clearly this guy is a liar. But after the result was release, Huffington Post's Entertainment Twitter got the mean relief tweets ball rolling with this gem, to which many people responded in joy.

Some people wouldn't be happy unless Azalea lost all of her nominations:

But for the most part, the Rap Album loss was the greatest relief for most of Twitter's Azalea haters:

Some people even responded to other artists who supported Azalea in the past.

Oh Twitter, how you love to troll. While all of these tweets feel a bit harsh to me, there's no doubt in my mind that Azalea could not care less. She has fans, she has success. She might not have the Best Rap Album Grammy, but she's definitely not going anywhere anytime soon. I predict Twitter haters will be back making more noise and complaints next year if the Azalea reign continues.