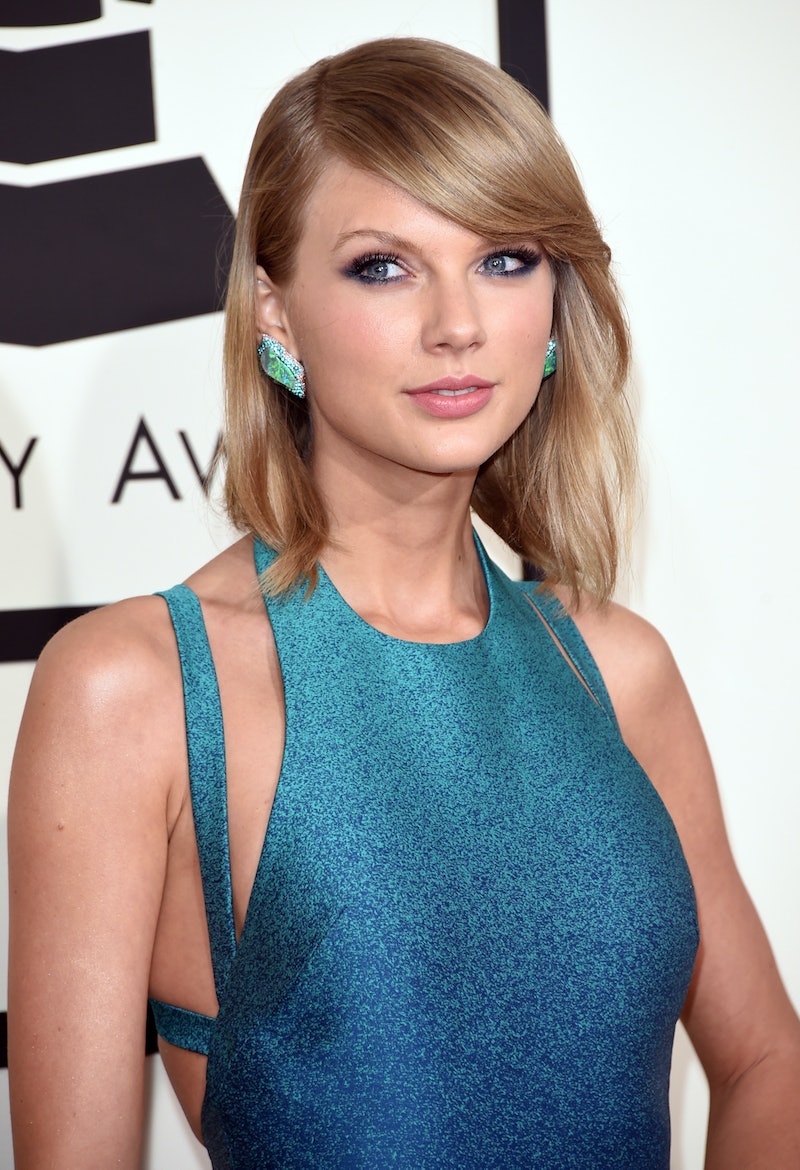 There are lot of things one could've expected from Taylor Swift on the Grammys red carpet: a gorgeous dress. A shout-out to her friends. Maybe even a few humblebrags about all those nominations. Proof that she's secretly psychic, however? It's safe to assume that no one was expecting that, and yet on Sunday night's red carpet, that's exactly what occurred. Speaking to Ryan Seacrest, Swift unintentionally showed off her secret skill, taking all of us viewers — and herself — by surprise.

The interview's beginning was fairly routine, with Swift sharing her excitement over being at the show and getting to hang with her friends, but after a minute, Seacrest decided to change things up. He told Swift that he had a clip to show her of an interview he did with her 18-year-old self, and the star was understandably nervous; who wants to hear the things they said as a teenager? But as it turns out, Swift didn't have to worry, because the only shocking thing about the clip was how it proved the star was psychic. Or, at the very least, that her teenage self was very good at planning a long-term career.

Because the clip, taken from a radio interview the singer did years ago with Seacrest, featured Swift discussing how she deals with breakup: by shaking them off, something the now 25-year-old knows about all too well. Funny coincidence or proof of Swift's psychic abilities? Who knows, but judging by her reaction to the clip, it's clear that she was as taken aback by the statement as the rest of us.

Or maybe she was just freaked out by hearing her 18-year-old self's accent and seeing the return of those curls. It's hard to remember a time when Swift wasn't a straight-haired, dress-loving New Yorker — and maybe the singer would rather not. Can you blame her?

Check out the great, possibly psychic moment below: