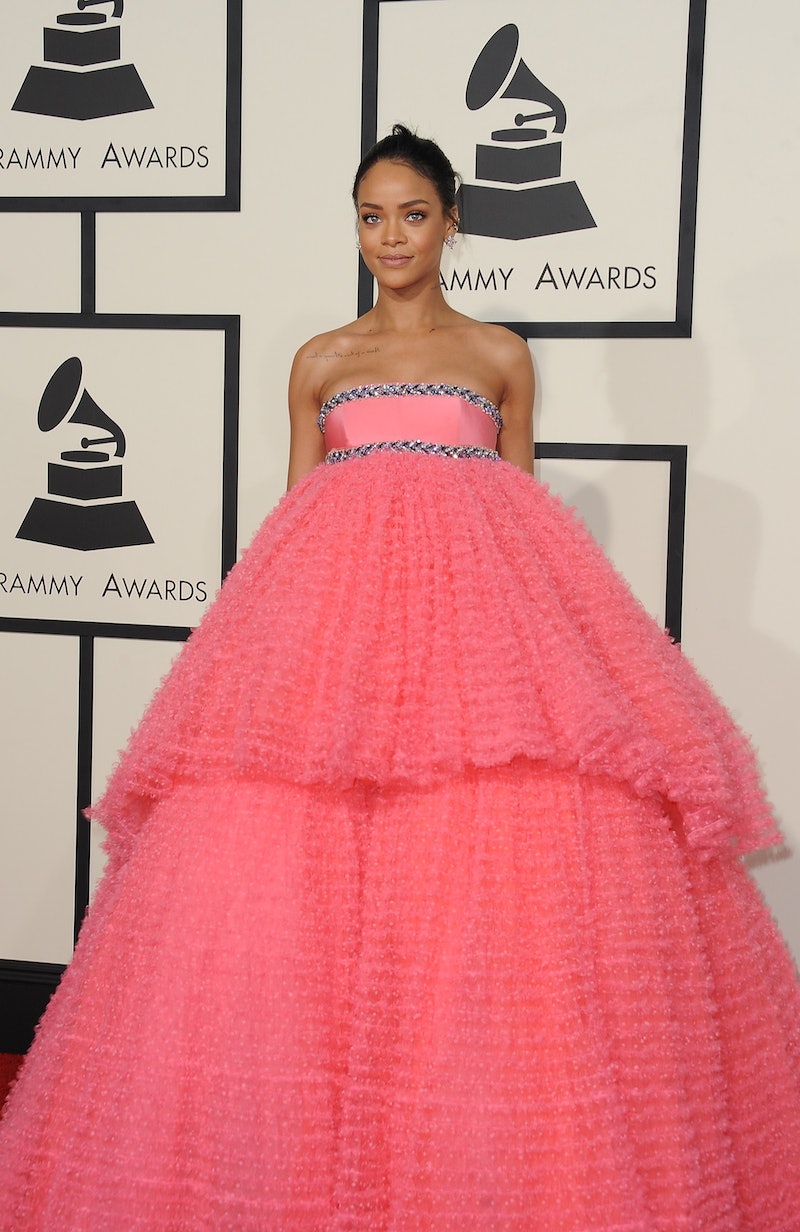 Wearing such a show-stopper, it's a wonder why Rihanna waited until the last minute to debut her outfit. But, just a few minutes before AC/DC started off the show, Rihanna appears on the Grammys red carpet wearing... a cupcake? A five-year-old's birthday cake? A giant taffeta nightmare? A giant taffeta vision? It's hard to say, exactly, but Rihanna definitely decided to make a statement. And it's a damn shame that most of us turning over to CBS for the awards ceremony didn't get the chance to watch Giuliana Rancic or Ryan Seacrest ask her about the clothing decision.

That said, it didn't take very long for everyone watching to make a statement of their own. Do we expect anything less from the Internet when one of the music industry's most talked-about and successful acts takes on the red carpet dressed in something ripe for mockery? As quickly as you could say, "Who cares about Kim Kardashian's bathrobe anymore?" and "Charlie XCX who?" Twitter tore into Rihanna's Giambattista Valli gown, trying to pin down exactly what the dress looked like.

So what did the Twitter universe say? Before we get to the Internet's contributions, let's pause to take in a full-length look at Rihanna's dress:

And, now, about that somewhat questionable Grammys gown:

But, hey, since when was nostalgia a bad thing? And, really, serious props that the dress might as well have been visible from space?

Plus, haven't we all been in Rihanna's shoes before?