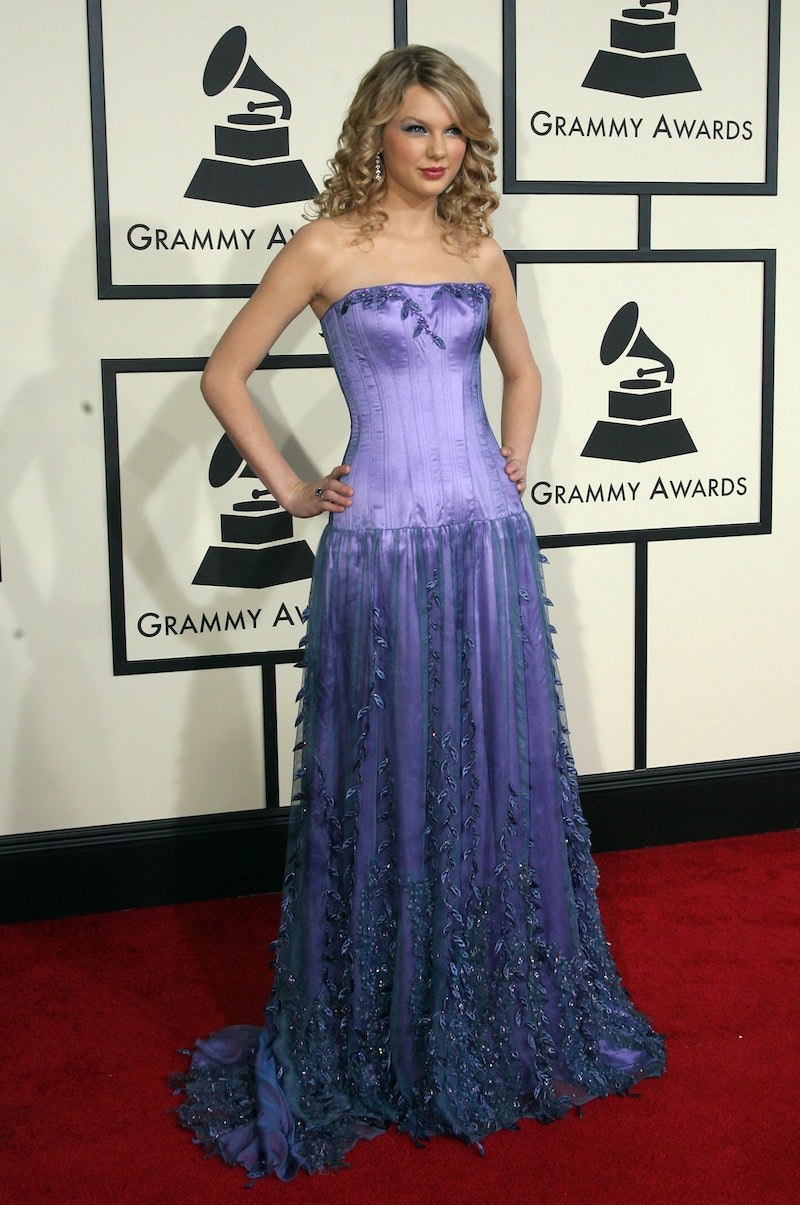 During Sunday's 2015 Grammys telecast, Taylor Swift presented the night's award for Best New Artist — but it wasn't Sam Smith's win that took the spotlight, at least in the beginning. Swift mentioned during her opening speech that she, like the night's nominees Sam Smith, Iggy Azalea, Bastille, Brandy Clarke, and HAIM, had once been up for the Best New Artist award...all the way back in 2008. Swift didn't end up taking home the award that night, as she reminded the audience in her speech, but her career turned out well regardless — a fact she presented to the nominees as proof that losing out on the award wasn't the end of the world.

But, Swift's throwback fact does beg the question: During the 2008 Grammys, who took home the Grammy for Best New Artist?

Turns out, this throwback is actually more bittersweet than any of us really remember: Back in 2008, it was the late, legendary singer Amy Winehouse who took home the award for Best New Artist, hot off the release of her internationally successful album Back To Black.

At the time, as Rolling Stone points out, the win was considered "shocking" — but remembering the win as a throwback now is especially bittersweet.