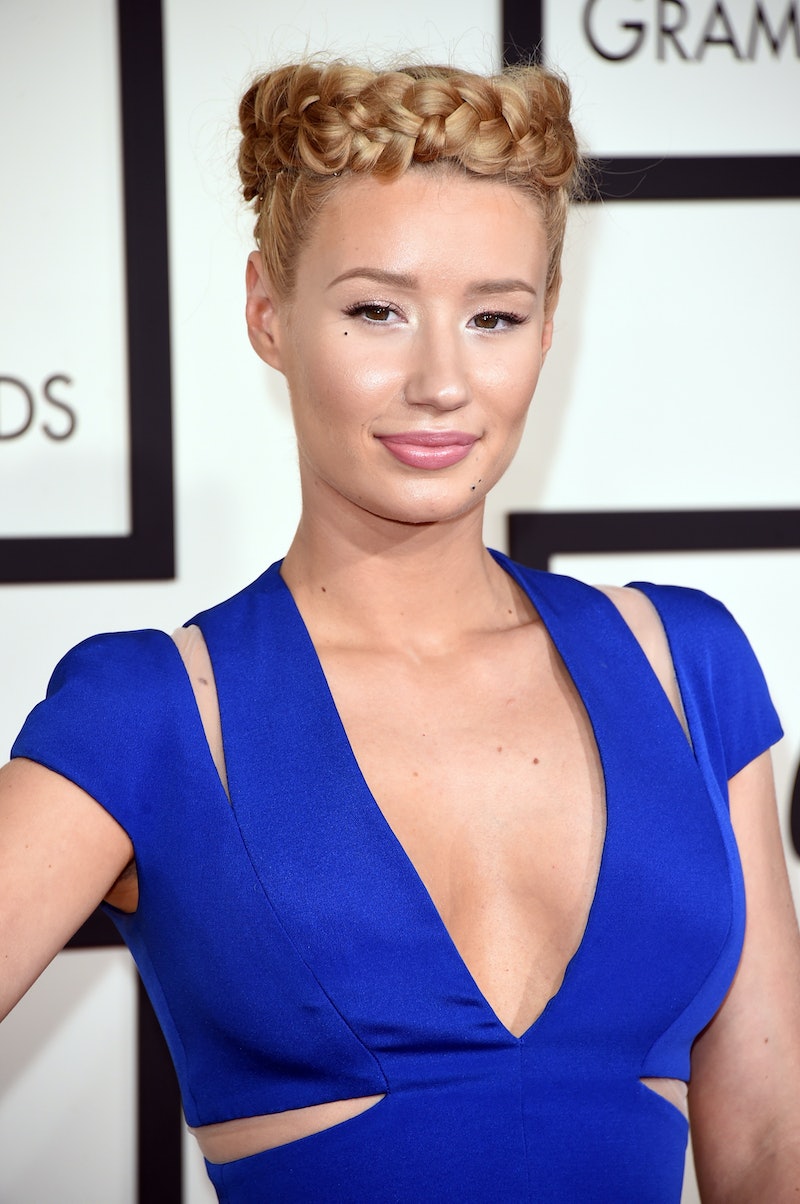 On of the biggest topics of discussion at Sunday night's 2015 Grammy Awards, was undoubtedly Iggy Azalea. First, she received negative comment after negative comment about being nominated for the Best Rap Album Grammy. In fact, the idea of her winning literally turned people into rage zombies à la 28 Days Later. Unfortunately, the Aussie rapper didn't win the award and also went home without the award for Best New Artist —that honor went to Sam Smith. But the conversation didn't stop there. From the moment she appeared on the red carpet, people went crazy over the Iggy Azalea's milk maid gone wrong hairstyle, and the memes and comparisons created because of it were outrageously hilarious. And spot on.

Listen, I'm not an Iggy Azalea hater at all, but even I have to admit that her hair was reminiscent of a really well-crafted nest — which was definitely one of the most popular comparisons the style received throughout the night. And it really didn't go well with her beautifully glamorous and flirty blue Armani dress. Because Twitter users are horribly clever, the memes were nonstop and totally understandable.

I have to admit, this Shrek-related comparison was easily one of my favorites (and comparisons to the movie didn't stop with just Azalea).

As were comparisons to food.

Sandwich empire Jimmy John's joined in on the meme-ing.

Great, and now a basket for all the bread I now want to eat.

And let's not forget about comparisons to real people!

Is it safe to say that Iggy Azalea's hairdo has officially become the Katy Perry's Left Shark of the Grammys? Only time will tell. Well, really, whichever moment gets its own Twitter profile page is how we'll really be able to figure it out in the end.