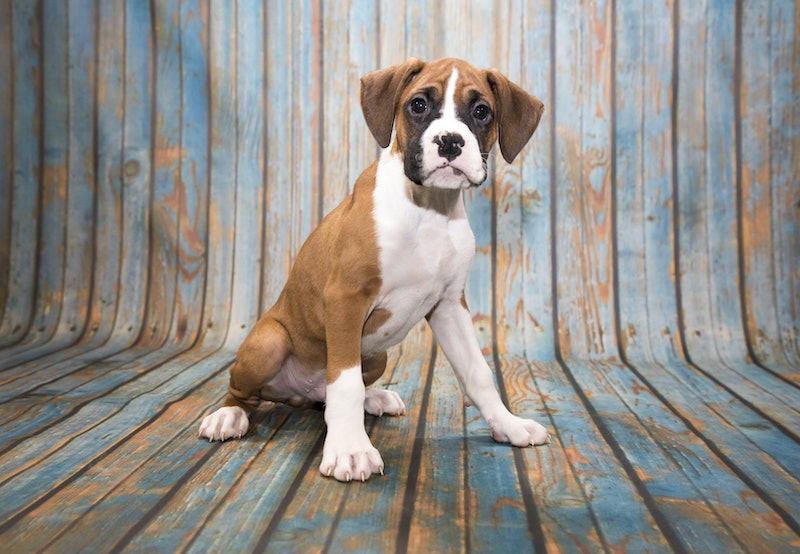 We have all faced seemingly impossible challenges in our lives. Just yesterday, in fact, I achieved the near unfeasible task of polishing off the last Munchkin in the Dunkin Donuts box when everybody else in my house feared we were all too full to finish it. But my heroics are nothing compared to this adorable three week old boxer puppy learning to howl—not only did he rise to this challenge, but he wrung out the feels of every heart in America at the same time.

His name is Tobias, which is an oddly fitting name for such a tiny creature. His owner Candace prompted his puppy howls with some of her own, and although he's not exactly going pro yet, even in the short minute of this video, he starts to get the hang of howling. As he gets better and better, you can see that he might just have a real raw talent for it, with the potential to basically become the Idina Menzel of puppy howls (for better or for worse).

By far, the most rewarding part of this little snippet of Tobias's life is when he really gets into it and howls his little puppy head off. It's like the canine version of the Darling children in Peter Pan singing, "I CAN FLY, I CAN FLY, I CAN FLYYYYYY!" Except Tobias didn't need any pixie dust to make his dreams come true. He believed in himself and achieved greatness all on his own. So the next time you feel intimidated by obstacles in your life, just remember sweet little Tobias and his puppy howls, and the owners who may be gravely regretting the day they filmed this video when he gets old enough to put some real lung power behind it: