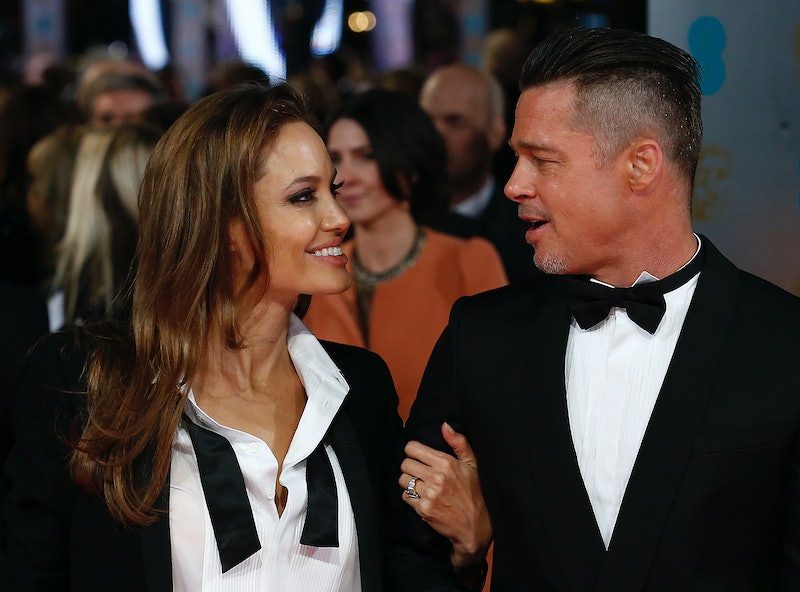 Even though they already have enough kids to populate a soccer team or a small country, newly-married Brad Pitt and Angelina Jolie are allegedly in the process of adopting another child — this time from Syria. According to Woman's Day, the couple has been engaged in secret negotiations for months now to adopt Moussa, a two-year old boy from the war-torn country.

Jolie allegedly met the toddler during one of her visits to the Altınözü refugee camp in Turkey, as part of her role as a United Nations ambassador for displaced people, and the two apparently bonded quickly. According to a charity worker quoted in the piece:

Angelina heard about him from a translator and she was obviously upset, but Moussa was just beaming from ear to ear and when he saw she was wiping tears from her eyes he toddled up to her and gave her a hug and it was a very emotional moment and everyone was suddenly laughing and smiling. She kissed him on the top of his head and then they were basically inseparable for the rest of the visit.

Adorable! If the story is true, this lucky little boy would be the seventh member of the Brangelina brood, and the fourth adopted from another country. Moussa would be joining fellow Jolie-Pitt adoptees Maddox, 13, from Cambodia, Pax, 11, from Vietnam, and Zahara, 9, from Ethiopia, as well biological children Shiloh, 8, and twins Vivienne and Knox, 5. Here's hoping they can come up with another name ending in an 'x' so the rumored new addition matches his brothers!