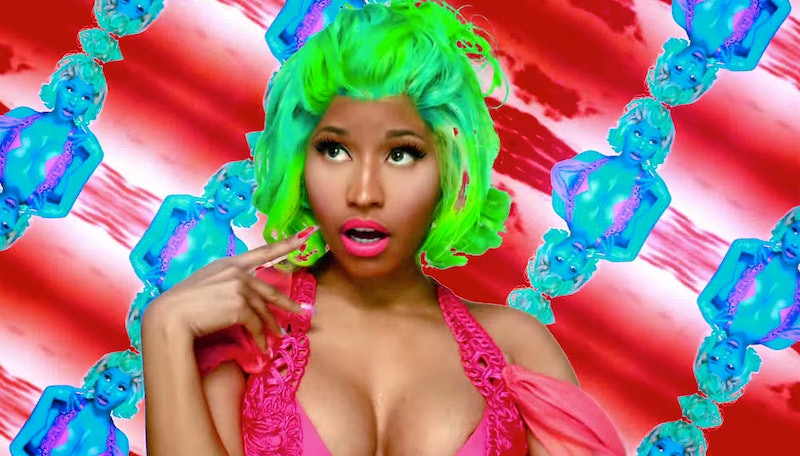 I think we've all experienced something like this before: there you are, sleepily driving to work in the morning, just minding your own business, when all of a sudden, the Spice Girls' "Wannabe" comes up on your iPod. In an instant, you're screaming "Zigazig-ah!" and dancing along to the track like a maniac. You feel incredible. The person in the car next to you is probably staring (correction: they're definitely staring), but you don't care! The song is just too damn good to sit still. Of course, if anyone ever asks, no, you do not like the Spice Girls, and, no, you do not know all of the words to their songs. That would be ridiculous! They're just a "guilty pleasure," that's all — your little secret. Sound familiar?

We all have songs that we don't want to admit to liking from time to time, but today, I'm urging you to try to have a little less shame in your music game. The term "guilty pleasure" is often used to describe music that is supposedly so bad that people feel "embarrassed" listening to it, but the way I see it, if you're enjoying a song on any level, then the artist and/or composer must've done something right... right? Right! So, the music really isn't that bad, and there's no reason to feel ashamed!

That being said, here are 29 of the best, catchiest, and most outrageous "guilty pleasure" pop songs from the last 10 years that you absolutely, 100 percent should not feel guilty about loving:

Feel the warmth on your skin, everybody!

Strangely enough, this song might be perfect. Go figure.

"So what if I go out on a million dates?" is an actual line from "What the Hell." I'm in love.

Ida LaFontaine is beyond adorable.

You won't be able to get this one out of your head. I promise.

This track is pure ear candy.

Just so we're clear: this song is about magical lip gloss. OK, just wanted to make sure we're all on the same page.

The lyrics speak to me.

Bella Vida is (or was?) made up of Baywatch star David Hasselhoff's two daughters, Taylor and Hayley. I have no idea what the song's about, but I'm obsessed with it.

"Let me wrap my thighs all around your waist, just a little taste..." = lyrics of the century?

Guaranteed to make you feel like you can take on the world.

I'm always up for a cheesy up-tempo remake of an already cheesy '80s song. Always.

One of my forever jams.

Anyone who can make it through the first chorus without smiling is a mutant.

Yes, this song did need a dance remix, thank you very much!

It's kind of irresistible.

Why wasn't this song No. 1 everywhere for months? I'm at a loss.

I think I like this one so much because it reminds me of '90s bubblegum pop band Aqua.

Iyaz's first (and only) hit single is so catchy, it's almost annoying. Almost.

An endless onslaught of hooks (and horses for some reason).

With its "hip" references to texting and Twitter, this song feels a bit like a desperate attempt by Reba McEntire to remain "relevant"... but it's also really sassy and fun, so who cares?