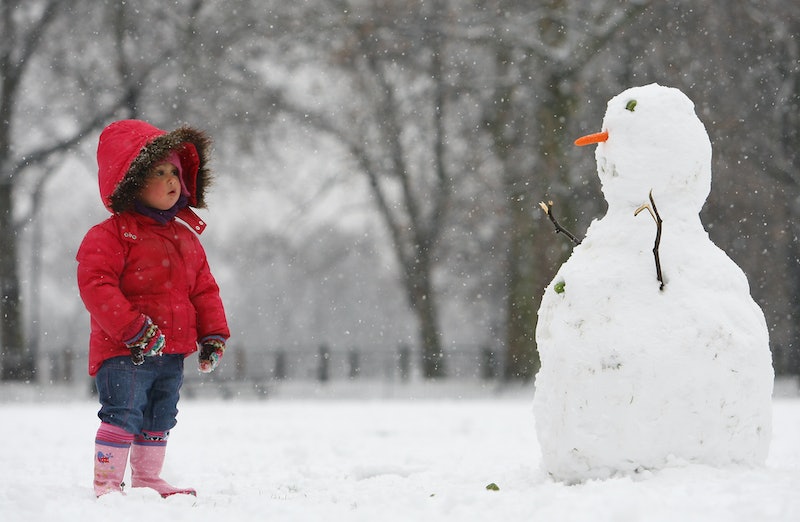 On yet another snow day of this miserable winter, looking out my window makes my stomach turn. I cannot conceive of how more snow can possibly pile up on top of the existing four-foot mountains of snow left over from the last nor’easter. I love Boston, but why do I live here again?

When I first moved to the northeast U.S. for college, I had only seen snow once before. Coming from Cuernavaca, Mexico, aptly nicknamed “the city of eternal spring,” the idea of temperatures below 60F seemed exciting and romantic and beautiful. I had read so many books about snowy places that never in my wildest dreams would I have imagined that snow could become such a hindrance. I had this idea in my head: I would go to sleep on a frightfully cold day, and when I woke up, I’d look out the window and find the world transformed. Blanketed by snow. A veritable winter wonderland.

But trekking through a foot of snow to get to class got old fast; the grimy, surly slush did away with any and all good feelings I had about snow. And now that, during my first winter as a college graduate, I’m living in the city where subway passengers were just stranded for two hours because somehow Boston trains aren’t equipped for this weather (irony of ironies), I’ve come to resent snow even more. As I spend yet another day trapped indoors (at least I have books to read as the blizzards keep on coming …), I’m feeling nostalgic for my former enthusiasm, my sense of the beauty and romance of snow. Today, snow even feels like a lost wonder of childhood — when what you’ve dreamed becomes reality and no longer tastes the same.

All the snow falling outside makes me think of what is perhaps one of the most famous stories in literature featuring snowfall: James Joyce’s The Dead . “His soul swooned slowly as he heard the snow falling faintly through the universe and faintly falling, like the descent of their last end, upon all the living and dead.” This passage reminds me of the key role books played in my ideas of snowy days. In literature, snow has come to represent a range of different emotions or themes, from sadness to entrapment to renewal. The following quotes will bring to mind the many faces of snow.

1. “A few light taps upon the pane made him turn to the window. It had begun to snow again … Yes, the newspapers were right: snow was general all over Ireland. It was falling on every part of the dark central plain, on the treeless hills, falling softly upon the Bog of Allen and, farther westward, softly falling into the dark mutinous Shannon waves. It was falling, too, upon every part of the lonely churchyard on the hill where Michael Furey lay buried … His soul swooned slowly as he heard the snow falling faintly through the universe and faintly falling, like the descent of their last end, upon all the living and dead.”

2. “The snow doesn't give a soft white damn Whom it touches.”

3. “A snowball in the face is surely the perfect beginning to a lasting friendship.”

4. "Snow was falling,so much like starsfilling the dark treesthat one could easily imagineits reason for being was nothing morethan prettiness.”

5. “Snow flurries began to fall and they swirled around people's legs like house cats. It was magical, this snow globe world.”

6. “Well, I know now. I know a little more how much a simple thing like a snowfall can mean to a person.”

7. “I wonder if the snow loves the trees and fields, that it kisses them so gently? And then it covers them up snug, you know, with a white quilt; and perhaps it says ‘Go to sleep, darlings, till the summer comes again.’ And when they wake up in the summer, Kitty, they dress themselves all in green, and dance about - whenever the wind blows.”

—Lewis Carroll, Alice's Adventures in Wonderland and Through the Looking-Glass

8. ... This is the Hour of Lead — Remembered, if outlived,As Freezing persons, recollect the Snow —First —Chill —then Stupor —then the letting go —."

10. “The snow came up to the top of Georgie's calves — she had to lift her feet high to make any progress. Her ears and eyelids were freezing ... God, she'd never even been able to imagine this much cold before. How could people live someplace that so obviously didn't want them?”

10. “… there’s just something beautiful about walking on snow that nobody else has walked on. It makes you believe you’re special, even though you know you’re not.”

11. “Thank goodness for the first snow, it was a reminder — no matter how old you became and how much you'd seen, things could still be new if you were willing to believe they still mattered.”

12. “They were playing old Bob Dylan, more than perfect for narrow Village streets close to Christmas and the snow whirling down in big feathery flakes, the kind of winter where you want to be walking down a city street with your arm around a girl like on the old record cover.”

13. ... Now I am quietly waiting for the catastrophe of my personality to seem beautiful again, and interesting, and modern. The country is grey and brown and white in trees, snows and skies of laughter always diminishing, less funny not just darker, not just grey. It may be the coldest day of the year, what does he think of that? I mean, what do I? And if I do, perhaps I am myself again."

14. “The Eskimos had fifty-two names for snow because it was important to them: there ought to be as many for love.”

15. I am a book of snow, a spacious hand, an open meadow,a circle that waits,I belong to the earth and its winter.

16. “Maybe it's wrong when we remember breakthroughs to our own being as something that occurs in discrete, extraordinary moments. Maybe falling in love, the piercing knowledge that we ourselves will someday die, and the love of snow are in reality not some sudden events; maybe they were always present. Maybe they never completely vanish, either.”