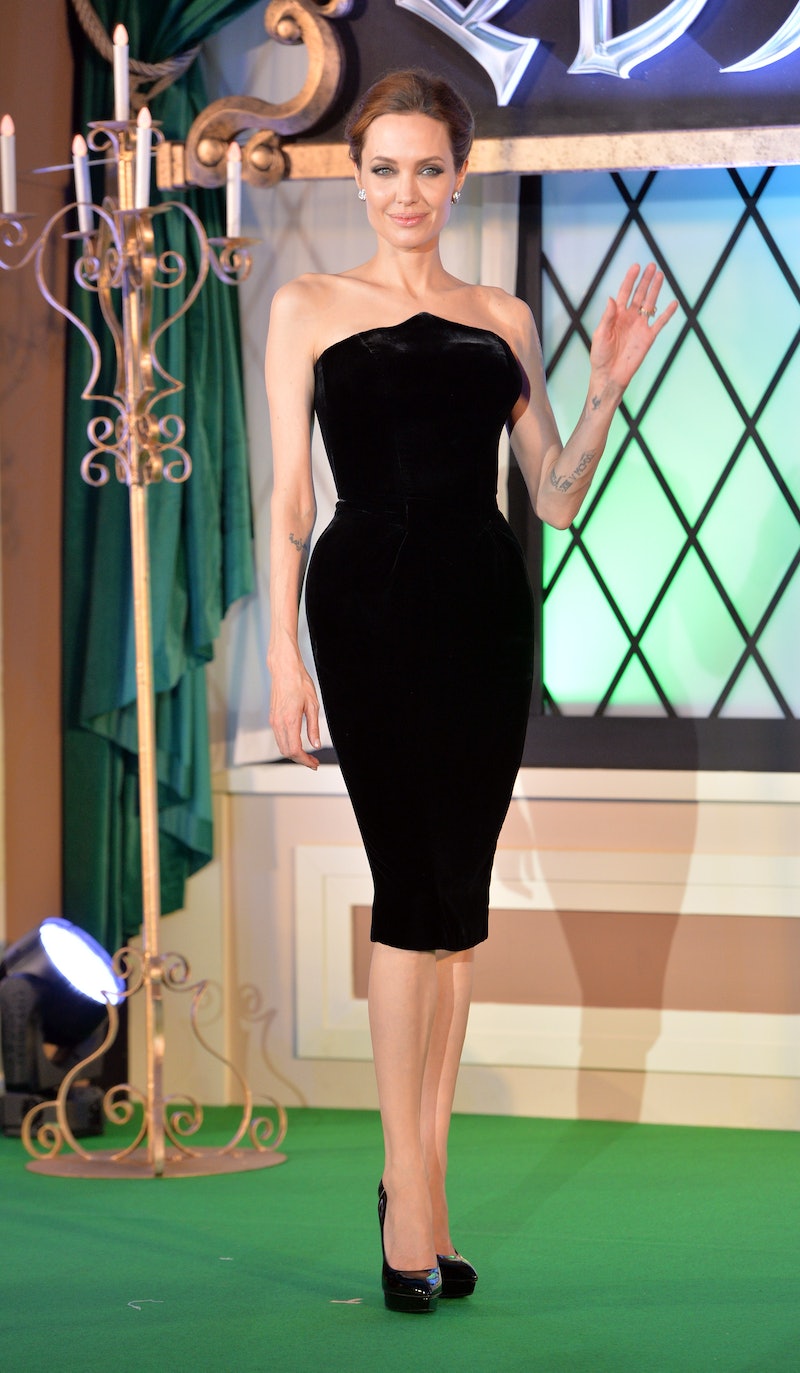 Last week, a survey proved what we have all known all along: Angelina Jolie is the most admired woman in the world. A poll in by YouGov surveyed 25,000 people in 23 countries, and Jolie beat an impressive list of names including Hillary Clinton, Malala Yousafzai, and Michelle Obama, to name a few. Yes, we love Jolie for her humanitarian efforts and her adorable family, but along with being an incredibly famous celebrity and one of the most beautiful women on Earth, she is an accomplished actress and, now, director. Angelina Jolie delivered a stunning film, Unbroken, which has been making the rounds on the awards circuit and recently got Jack O'Connell a Rising Star BAFTA, but will Angelina Jolie be at this year's Oscars, the apex of the awards season?

Sadly, if her track record from this awards season continues, I venture to say that she will not be in attendance. Why you ask? Well, let's just start with the fact that she was snubbed for a director nod by the SAG Awards, Golden Globes, AND the Oscars. Second, Jolie has not been announced as an Oscars presenter so far, either. Ugh, talk about a huge disappointment.

While Jolie's star power made Maleficent a box office success and she is simply, ANGELINA JOLIE, the awards machine has almost entirely forgotten about Unbroken. As a result, one of the most sought after Hollywood couples and red carpet regulars, Jolie and Brad Pitt, were absent from the SAG Awards and the Golden Globes this year. Worth noting, Jolie was nominated for a Critics' Choice Movie Award for Best Director and did, in fact, attend the ceremony.

On the day of the 2015 BAFTAs, Jolie was photographed arriving at Heathrow Airport in London, which led to speculation that Jolie was definitely attending the awards, possibly to support Jack O'Connell in his nomination in the Rising Star category, which he ultimately took home. As the BAFTAs wrapped up, Jolie did not make an appearance and left hopeful fans disappointed by her absence, once again.

Now, I don't want to say that Jolie is being super bitter over her snubs all awards season, but the record is showing that if she wasn't personally nominated, she is not attending. That said, Unbroken received Oscar noms for cinematography, sound editing, and mixing, so maybe she'll show some support. It is the biggest show of the season, after all, and this is her movie.

But if she doesn't attend, fair enough, I suppose, because Jolie seems to have a lot more on her plate coming up anyway. Fresh off reports that Jolie and Brad Pitt are in the process of adopting a child from Syria, more chatter in the film world has surfaced that Jolie is being approached to direct the first female-centered Marvel film, Captain Marvel. With 2015 also beckoning the release of By The Sea, a drama written, directed, and starring Jolie herself and co-starring Brad Pitt, I don't think we need worry about missing out on her again any time soon.