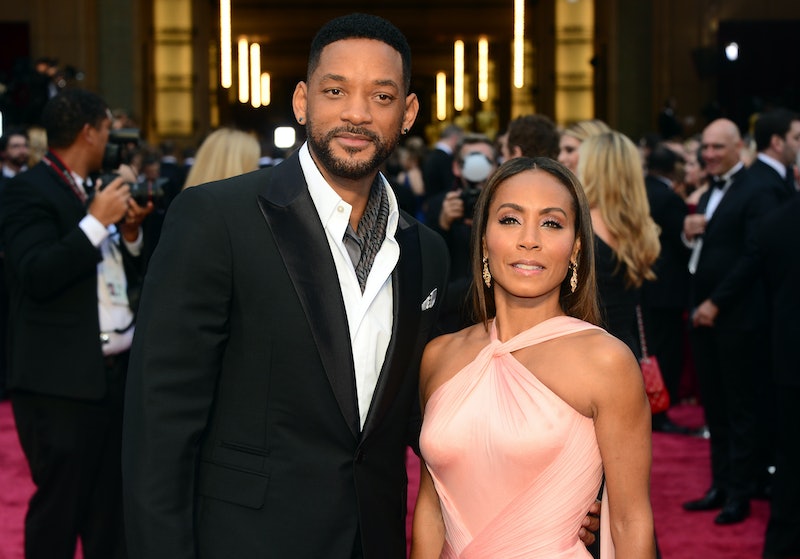 Every public couple that espouses not-necessarily-monogamous views on marriage helps to slowly dispel the stereotype of marriage (or life partnership) as two sets of genitals tied together 'til death do you part. As this not-so-new practice is embraced by those in the public eye (celebrities: they're just like us!) that couple you know with the bad reputation might not seem so radically sleazy after all. Just look at what happened when celebrities started speaking out about feminism. Imagine if more stars actually came clean about their romantic "arrangements"?

While what you do with your partner is nobody's business but your own, I give major props to public figures who are willing to fight stigma by opening up about their unconventional relationships and relationship views. Even fictional characters living non-monogamous lifestyles can impact how people view this choice. While some of these celebs are tight-lipped about their intimate details, beyond critiquing monogamy itself, it's still a big step for public folk to acknowledge alternative ideas of partnership. The more we see diverse representations of romantic commitments, the more the rest of us can feel more comfortable embracing life outside strict monogamy. These couples are proof that a successful coupling doesn't have to be about committing to traditional relationship roles.

Actress Tilda Swinton caused some clucking tongues when she showed up at The Oscars a few years ago with her lover and not the father of her children. She has children with playwright Byrne and enjoys time with painter Sandro Kopp as well. Of Byrne she said, "We ostensibly live in the same house, but I travel the world with another delightful painter. The arrangement is just so sane."

Dolly Parton's husband of over 50 years, Carl Thomas Dean, is never in the public eye. They have agreed to keep their relationship extremely private, but Parton is outspoken about their arrangement and her distaste for monogamy. In an interview with Vanity Fair, she said "the most overrated virtue" is "monogamy," which she also called "monotony." Good one Dolly.

Designer Tom Ford has been married to his partner Richard Buckley for decades, but that doesn't mean that he doesn't look for excitement elsewhere. Ford has been open in the press about his issues with traditional fidelity. “I think that monogamy is artificial," he said. "I do not think it’s something that comes naturally to us."

5. Jada Pinkett-Smith and Will Smith

This is Will and Jada probably laughing over all those "cheating" and "gay" rumors. While Pinkett-Smith does not use the word "open" to define their marriage, it seems from her public statements that their marriage is pretty non-restrictive. "Will and I BOTH can do WHATEVER we want, because we TRUST each other to do so," she said in the past.

Actress Maria Bello penned a story about her nuanced approach to relationships in The New York Times . "My feelings about attachment and partnership have always been that they are fluid and evolving," she wrote. She is currently in a relationship with Clare Munn, but her approach to romantic connections remains non-traditional. “Whomever I love, however I love them, whether they sleep in my bed or not, or whether I do homework with them or share a child with them, ‘love is love.’”