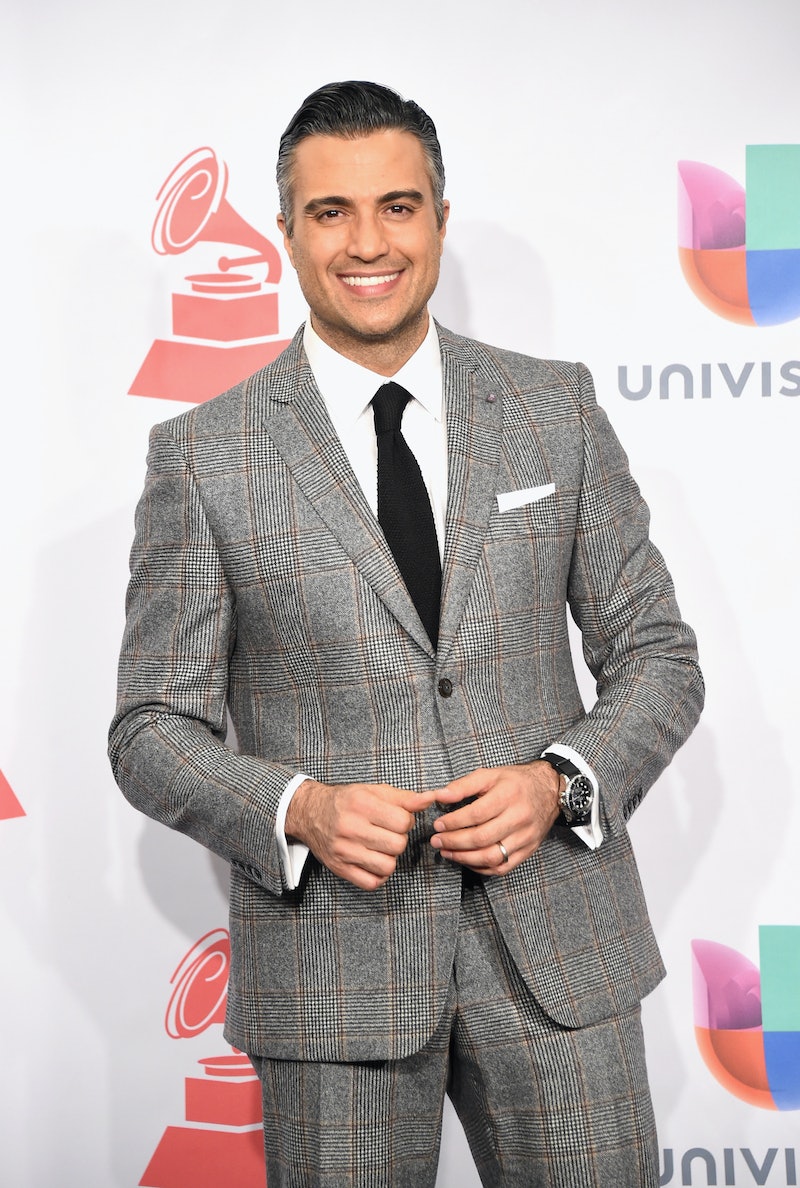 How great is Jane's father Rogelio on Jane the Virgin ? He simultaneously managed to steal the show with his trademark one-liners and break all of our hearts in last Monday's bombshell-dropping episode — and that kind of character dynamism is no mean feat. When you think about it, he's kind of perfect in every way; from his immaculately coiffed hair to his megawatt smile to his comic timing and off-the-charts earnestness. There's definitely a reason that he's quickly become one of the many (many, many!) reasons to tune into the show each week. Well, by now you've probably heard that the actor behind the show-stealing role, Jaime Camil is, like his character, a huge telenovela star. But is that where all of their similarities end? Could Rogelio even be based on of real-life actor Camil?

It is hard to look at The Passions of Santos' former namesake star as a character who walked right out of someone's imagination fully formed — there's just something in his trademark over-the-topness that positively screams reality. There hasn't been any talk of him being based on any specific telenovela actors, but is there anything about fellow international star Camil's career/life/personality that could have influenced the creation of Rogelio De La Vega? Let's take a look at what we know and see what matches up.

Unlike playboy Rogelio, Camil is married. Though they didn't wed until 2013, Camil and Heidi Balvanera have been together for 11 years. They even have a three-year old daughter and four-month-old son together, and there are no pregnant virgin long-lost daughters in sight!

So, as Rogelio often says, up until five years ago, he was a struggling actor. This is not so for Camil, who's been a big star for well over a decade now (he made his big break back in 2000).

Rogelio's most famous for The Passions of Santos, a telenovela where he starred as the title character. Santos is a man who we've seen do pretty much all of the soap opera conventions, including portraying a priest seducing someone at a confessional, dressing up as a pirate to escape other pirates, and generally hamming it up in a military uniform that is, for reasons unknown, lavender.

Camil, on the other hand, has mostly worked in a form that's actually more similar to sitcoms than soap operas — in recent interview with Vulture, he called them "the comedic side of television in Mexico." Oh, and get this: The show he's most famous for is La Fea Mas Bella, which was inspired by the same show as Ugly Betty, Betty la Fea (for fans of Ugly Betty, he played the Daniel Meade part).

Okay, so we've established that the character and actor are two very different people. But want to know one way they're strangely similar?

Who Includes A Thumbs-Up In Their Signature Red Carpet Pose?

This guy — and it's a move Rogelio would surely approve of (he might even through a wink in for good measure).