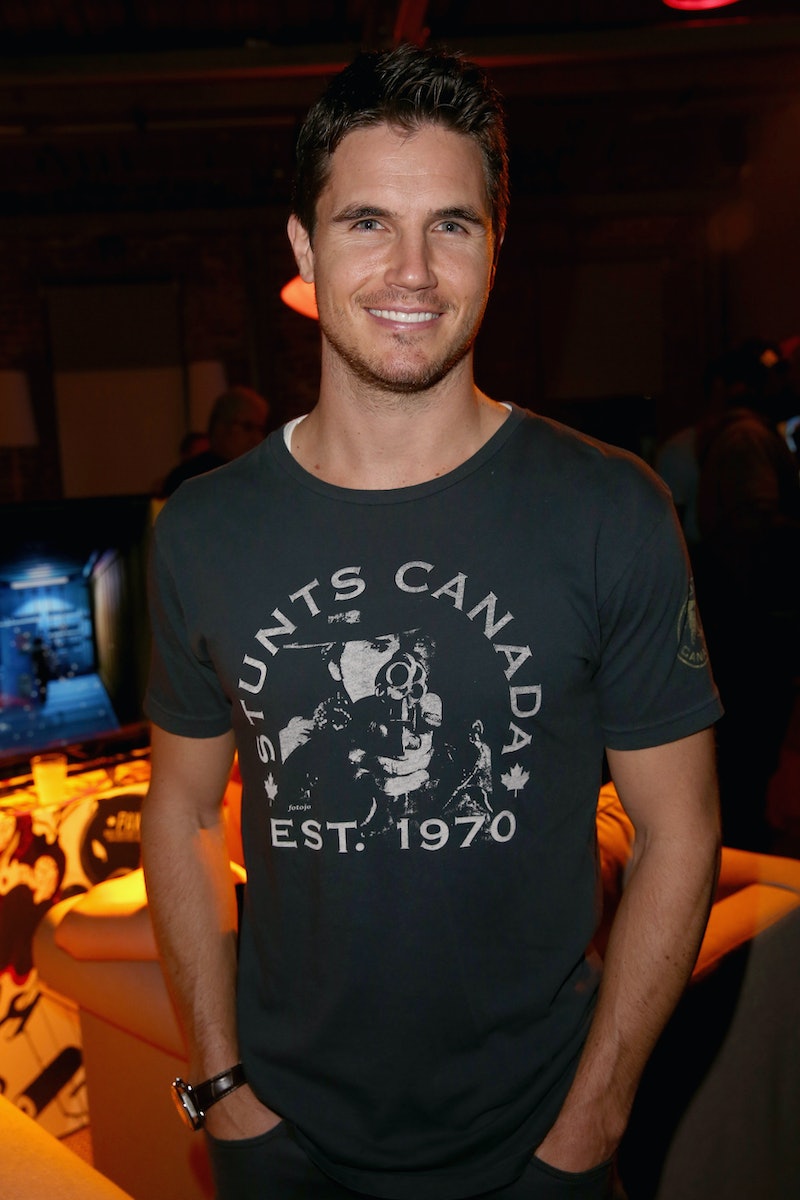 If you're already ready to see The Duff and can't wait one more minute until it's release date (Friday, Feb. 20), then let me satisfy those movie taste buds by helping you get to know the film's leading man. If you aren't a CW fan and have yet to watch any of those talked about superhero shows, then you might be asking yourself: "Who is Robbie Amell?" Well, I'm so glad you asked, because everyone should get to know this talented man.

In The Duff, Amell plays Wesley, who is not only friends with Mae Whitman's character, Bianca, but he also reveals to her that she is the so-called "Duff," aka the "designated ugly fat friend," of her group of friends. Just by reading that he might sound like a total jerk, but Amell's character is actually quite charming and cool. If you don't believe me, then you'll just have to go watch the movie for yourself. (For now, you can check out the trailer.) Also, I don't want to give away any spoilers, because that would just be rude.

With that said, and to hold you over until the movie release, let me show you how cool and charming Amell is in real life too.

He's Known For His CW Shows

From The Tomorrow People to The CW's current hit series The Flash, Amell has played both a character who can teleport and one-half of a character named "Firestorm." Yeah, he pretty much rocks as a superhero, which means he needs his own show to star in, stat.

For those Arrow fans, you might be interested to learn (if you didn't already know) that Stephen Amell, who plays Oliver Queen on the series, and Robbie Amell are cousins in real life! The Amell family is lucky to have two superheroes in the fam.

If you don't believe me, just look at his Instagram. Apparently, Amell's abs don't come naturally.

Sorry, but he's taken. Amell is engaged to Italia Ricci, who is known for playing the lead in ABC Family's Chasing Life. They've been together for six years, and, yes, their love is absolutely adorable. Just look at the above photo.

He Has Really Cute Dogs

He Once Tormented The PLL Girls

Remember when he played Eric Kahn, Noel Kahn's brother, on Pretty Little Liars? Yeah, his character was a jerk, but I can never get enough of Amell on the small or big screen, whether he's good or bad.

Who wants to go see Amell in The Duff with me when it comes out?