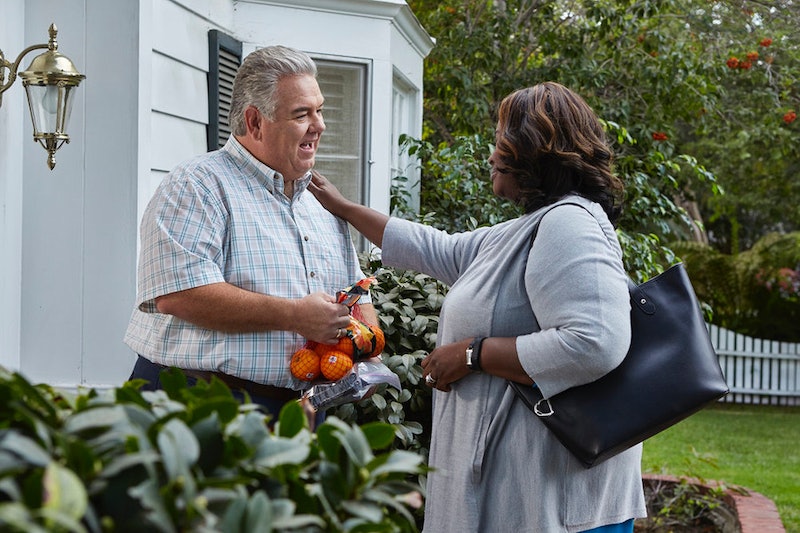 Jerry, Garry, Larry, Terry, Harry... OK maybe he was never called the last one, but there is still time left in Parks and Rec Season 7 for Jerry Gergich to get a new name. This disastrous goofball is a fan favorite; whether he is ripping his pants, defending Comic-Sans, or having a major fart-attack, Jim O'Heir's character of the out-of-retirement Garry/Jerry/Larry is going to be missed when the show finishes its final season this year. But more importantly, viewers are going to miss all of the names that Jerry's had throughout the years, all because of a simple mistake 30 years back.

There are many things to love about Jerry — his warm and forgiving heart is certainly one that comes to mind — but it's also hard to pass up mentioning that his changing name is his trademark in the show. In Season 4 Episode 9, "The Trial of Leslie Knope," we learn that klutzy Jerry is actually Garry during a hearing where he has to announce his name to the court. According to Jerry, when he started at the Parks Department, his supervisor called him Jerry instead of Garry, and he never corrected him, thus years of being Jerry at work. Let's take a walk down memory lane on how Jerry's name has evolved throughout the seasons of Parks and Rec.

In Season 6, after his retirement, Jerry returns to the Parks Department full-time, and wants to start off fresh. Part of that means that his co-workers call him by his real name, "Garry," which he screws up by accidentally calling himself Larry. Poor guy never saw it coming, but thus, Larry Gengurch was born.

We don't really know what happened between 2014 and 2017, but at the end of Season 6, the time jump revealed that Jerry/Larry had been renamed Terry by Leslie and friends. At this point in his career, he knows how to roll with the punches, because it's not like he was being called the right name to begin with.

After 30 years and seven seasons, Jerry, or should I say Garry, finally gets his name back. At Donna's wedding, the Parks Department finds Jerry's place card with "Garry" on it, a name that they quickly adopt calling him. Only Donna and Jerry know that it was done on purpose to get the group to start calling him by his real name. And yes, it is OK that you cried during that scene.