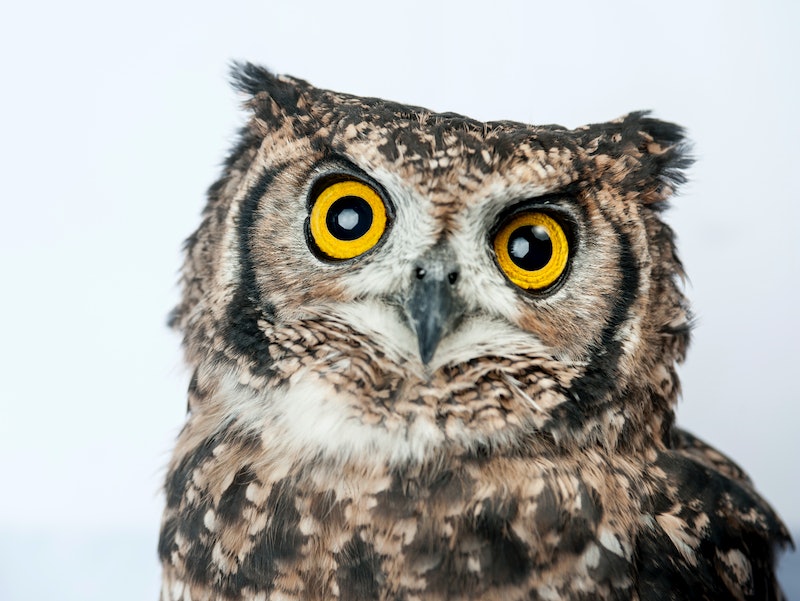 You may think you have problems, but chances are you're not having as weird a day as Brad Hilliard — you haven't had your favorite hat violently snatched off you by a predatory animal. Unless, that is, you're one of the three other people who has reported being attacked by a crazed owl in Bush's Pasture Park in Salem, Oregon in the past month. That's right — a mad barred owl in Salem, Oregon is attacking people at random in the early hours of the morning.

Athletic Salem residents have noticed new signs on the eastern side of the park warning runners of aggressive owls, though there seems to be consensus from the Audubon Society that the perpetrator is a loner looking to build a nest. Apparently, it's nesting season, and that means you can expect owls to be territorial and even aggressive. Unfortunately for Hilliard, he didn't see the signs until after he had been attacked.

Here's what happened: at 5:45 a.m. on Feb. 2, Hilliard was running on the park's track when an owl — we'll call him Poe — swooped down and stole his hat. Hilliard was not hurt in the assault, but he said he was "just dumbfounded" to have lost his favorite running hat.

"It was kind of amazing how it just swooped down and grabbed my hat like that," Hilliard told Reuters. "It just pulled it right off my head like it was nothing!"

Poe has victimized three other park lovers in the past month. The first victim, Ron Jaecks, was on his morning run at 5:15 a.m. on Jan. 13 when he was attacked twice. The bird stole his hat and left puncture wounds. Jaecks thought he was dying and ran around the park in circles, screaming. In addition to Jaecks and Hilliard, two others have been assaulted since, but they have not come forward with their own harrowing stories.

The attacks have taken residents by surprise. Owls are not generally violent, but they can be "very aggressive" during nesting season or when caring for their young. Poe's kind, the barred owl, is not native to the area. But according to the Washington Department of Fish and Wildlife, it is one of the most aggressive.

Most aggressive behavior from owls (barred owls and great horned owls are the most often reported) is motivated by defense of their territory or young, or their search for handouts. In winter owls establish territories, build nests, and rear young. During this period, adult birds may engage in belligerent behavior, such as attacking creatures many times their size. In this case, the owls are simply trying to protect their homes, their mates, or their young.

What can we do to protect ourselves from territorial birds like Poe? The WDFW recommends waving your arms above you if you must pass an owl nest, or even wearing a hard hat, as visitors to Bush's Pasture Park have been encouraged to do.

One thing is for sure: they may be cute, even modelesque, but these owls aren't fooling around.