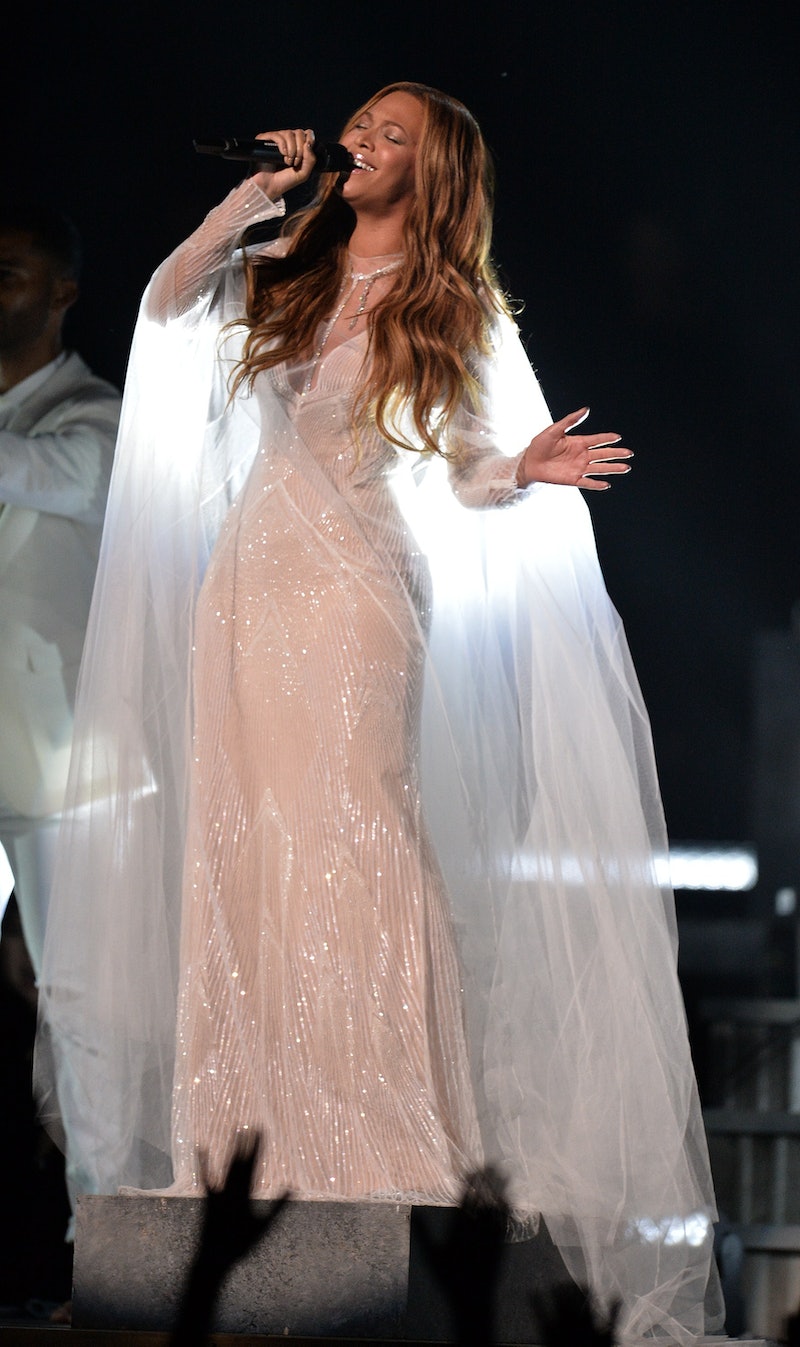 Even if the wait for Beyoncé to take the stage at the Grammys Sunday night was seemingly endless, her performance was well worth it. She sang the classic spiritual "Take My Hand, Precious Lord" with the help of an all black men's choir in a display that made a strong statement about social justice and race in our society. On Monday, Beyoncé released behind-the-scenes video of her Grammys preparation in which the men who sang with her speak about the meaning of the performance. It makes the show even more moving.

In the clip posted to her Vevo channel on Monday afternoon, Beyoncé talks about her goosebumps-inducing Grammys performance: "I wanted to find real men that have lives, that have struggled, cried, that have a life and a spirit about them. I felt like this is an opportunity to show the strength and the vulnerability in black men."

Each one of the choir members introduces himself by name, and some talk about the alienating feeling of being feared without reason for such an arbitrary reason as race. While the morale of the nation is still healing from the wounds left by Ferguson and Mike Brown's murder, the men discuss music and art as a potential means to bring people together.

One man says, "I feel like everyone should come together and push towards one goal, and that's just to love each other."

Watching this video makes me even happier than I was before that Beyoncé took the performance in the direction that she did. Everyone in the video speaks so poignantly. Furthermore, it's fantastic to hear the voices and perspectives of these men who have actually lived the issues to which she's drawing attention. BRB, I'm gonna go put on a sweater to deal with the chills that this video gave me.