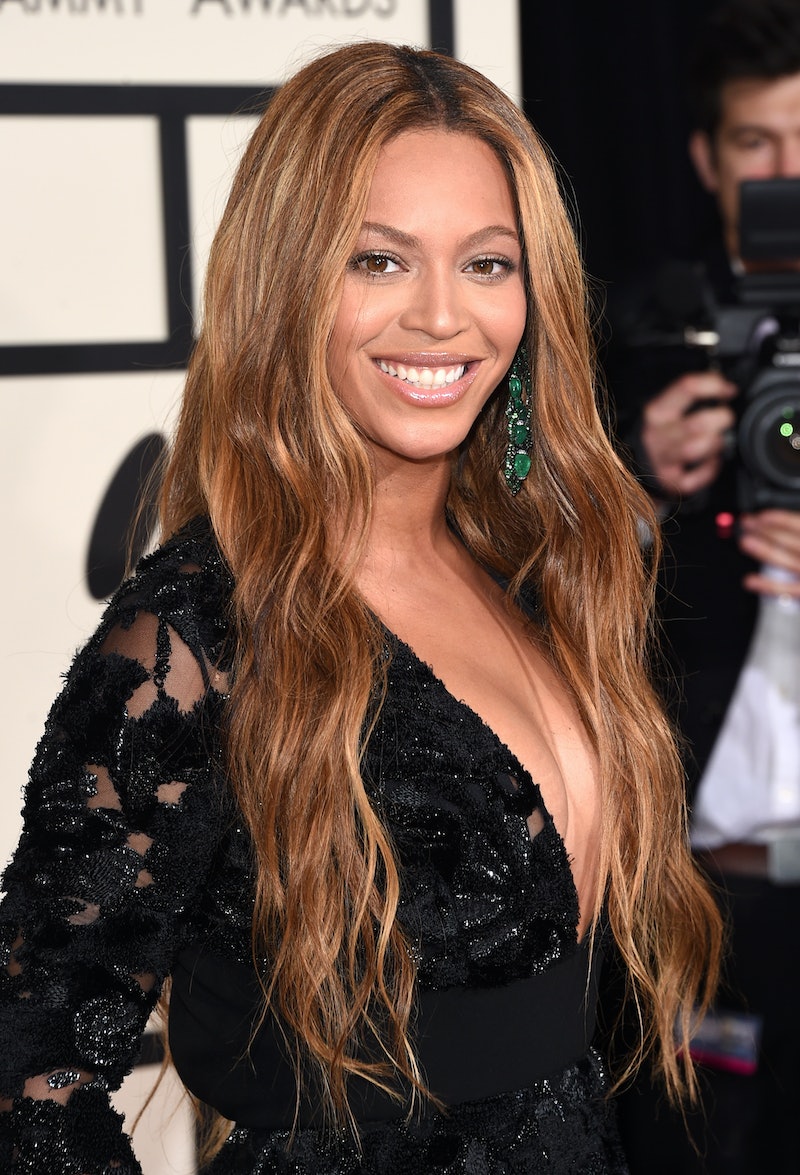 The Grammys saved the best for last: Beyonce performed a moving, stunning rendition of Reverend Thomas Dorsey's gospel hymn "Take My Hand, Precious Lord." A shining vision in a white dress, Beyonce gave a performance that was as stripped-down as it was emotional and powerful.

Backed up by a chorus, Beyonce (who was introduced by Gwyneth Paltrow as "my friend") brought down the house with her incredible, soaring take on "Take My Hand, Precious Lord," which was a staple of the Civil Rights movement. Beyonce joins a long line of artists who have covered the historically important song, including Gladys Knight, Nina Simone, and Aretha Franklin, among many others — and it was also Dr. Martin Luther King Jr.'s favorite song.

Beyonce's rendition will no doubt introduce the song to a new generation, and her performance will unquestionably go down as one of the best moments of the 2015 Grammys. (The performance kept in line with the show's surprisingly toned-down numbers, but hers was arguably provided the most goosebumps and/or lumps in the throat.)

Beyonce may have been snubbed in the Album of the Year category, but after watching her sing "Take My Hand, Precious Lord," there's no doubt the music megastar still walked away a winner on Sunday night. (Not to mention the fact that she, rightfully, won in the Best R&B category for her smash "Drunk in Love.")

After bringing down the house, Beyonce gave a humbled "Thank you, guys," to the Grammy audience, and introduced Common and John Legend, as they performed their hit song from the Selma soundtrack, "Glory." Quite simply, a perfect and poignant end to the night.