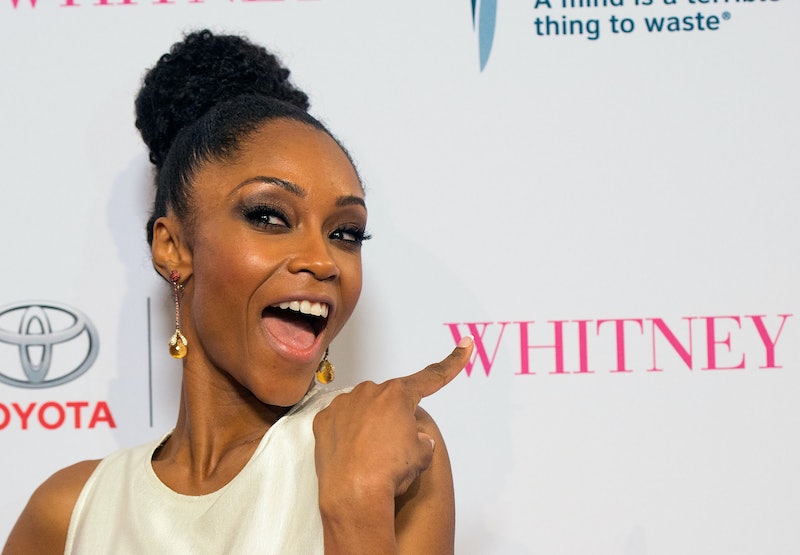 It's been over 10 years since Yaya DeCosta appeared on Cycle 3 of America's Next Top Model and her career is just now taking off in the way that fans of the show hoped it would. The fan favorite, who has worked consistently onscreen since appearing on Tyra Banks' modeling competition in 2004, is about to become a true television star — and no, not on reality TV. DaCosta, who has just starred in Lifetime's Whitney Houston biopic Whitney as the titular star, has just been cast as the lead in a new television series. According to Deadline, Yaya DeCosta is slated to star on (yet another) Chicago Fire spinoff, Chicago Med. According to the report, DaCosta's character Maggie Seaver, a nurse, will appear on the 19th episode of this season of Chicago Fire, which will be the "backdoor pilot" for the potential new series.

Though DaCosta has built a career as an actress, she's still best known by America's Next Top Model fans as the season's runner-up to Eva Pigford. Though DaCosta has appeared in numerous TV shows such as Ugly Betty, Law & Order: SVU, and All My Children, this marks her first leading role. According to Deadline, DaCosta wasn't seriously considered for a major TV role until her performance in Whitney, a role that the actress told Vh1 was an "amazing" opportunity. DaCosta certainly gave it her all, and was praised for her performance of the icon — an achievement in itself.

DaCosta's new TV role on Chicago Med could help her put America's Next Top Model in her past. It's certainly not something to be ashamed of — Lord knows I adored that season — but if DaCosta is truly looking for a real career on the screen, she's in good company with her former contestants. Third place runner up from Cycle 11, Analeigh Tipton, is now better known for her own onscreen roles in films like Crazy, Stupid Love and (albeit shortlived) TV series Manhattan Love Story than her time on the reality show, which one can assume is exactly what any former contestant can really hope for. America's Next Top Model is an amazing launchpad, but it's cool to see fan favorites like DaCosta and Tipton move on and succeed outside of it.

More like this
'Bachelor' Star Cassie Randolph’s Sister Is In The 'Yellowstone' Spinoff '1923'
By Grace Wehniainen
Everything To Know About 'RHONY' Season 14
By Jake Viswanath, Alyssa Lapid and Brad Witter
Everything To Know About 'The Real Housewives Ultimate Girls Trip' Season 4
By Jake Viswanath
Andy Cohen Apologized To Larsa Pippen After A 'RHOM' Season 5 Reunion Dust-Up
By Brad Witter
Get Even More From Bustle — Sign Up For The Newsletter
From hair trends to relationship advice, our daily newsletter has everything you need to sound like a person who’s on TikTok, even if you aren’t.