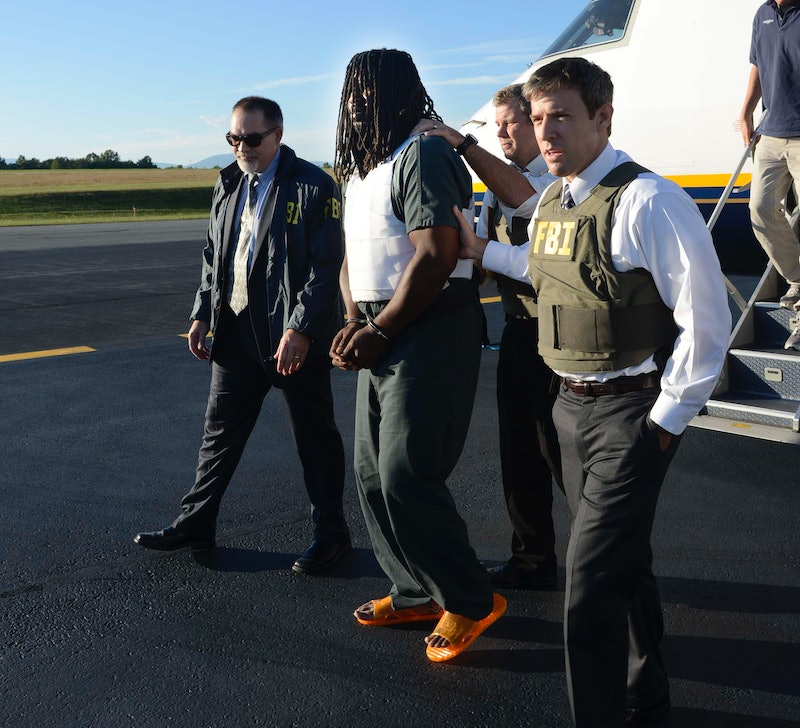 The leading suspect in the disappearance of an 18-year-old University of Virginia student is now facing heightened criminal charges. Suspect Jesse Matthew has been formally charged with first-degree murder of Hannah Graham, who disappeared last September after a night of drinking and socializing with friends. Matthew was initially charged with just abduction with intent to defile.

According to NBC29 in Virginia, the new, increased charge was recently filed against Matthew, a 33-year-old Charlottesville resident who was also charged in the connection of an unrelated 2005 sexual assault case in Fairfax County, Virginia. The Albemarle County Police Department and the Albemarle County Commonwealth's Attorney will be holding a press conference on the case later on Tuesday.

Authorities believe Matthew was the last person to see Graham alive, having captured surveillance footage of Matthew following the 18-year-old student through an outdoor mall in downtown Charlottesville during the early hours of Sept. 13. Footage later showed Matthew putting an arm around Graham's shoulders.

Following an exhaustive month-long search, Graham's remains were found on a deserted property in a rural area of Albemarle County, just five miles from the recovery site of the remains of Morgan Harrington, a Virginia Tech student who disappeared while attending a concert in Charlottesville in 2009. New forensic evidence in the Harrington case has linked Matthew to her murder, authorities have said.

Matthew was arrested in connection with Graham's disappearance on Sept. 24 in Galveston, Texas. He was found just a few days after Charlottesville police issued a warrant for his arrest following a search of his home and car. Matthew did not fight extradition charges, and was brought back to Virginia.

Graham's sudden disappearance shook the Charlottesville area, which has seen several cases of young female college students being abducted and murdered over the last decade. Graham was reportedly at an off-campus party when she decided to walk home alone the night of Sept. 12. Friends said she had been drinking.

The 18-year-old was last heard from at around 1:20 a.m. on Sept. 13, texting friends to say she was lost in downtown Charlottesville. Before those text messages were sent, Graham was seen rushing past a Shell gas station and an Irish pub before entering the outdoor pedestrian mall. She reportedly entered a bar with Matthew, then left with him shortly after.

For five weeks, thousands in the area volunteered their time to search for Graham. Her remains were found on Oct. 18. In November, authorities announced that her cause of death was ruled homicidal violence "of undetermined etiology," and the manner of death was ruled a homicide.